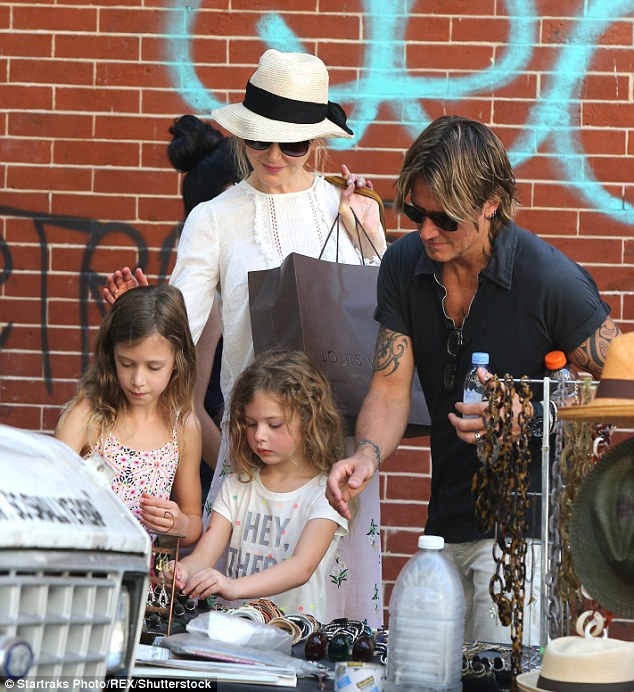 Nicole Kidman and her hubby of 10 years Keith Urban may have displayed a lot of PDA throughout their relationship, however unfortunately, it seems that there might be trouble in paradise. Over the past few months, the couple has been receiving heat regarding the stability of their marriage.

It’s not the first time the pair has been the subject of split rumours, with the duo spending plenty of time apart, and most of the time, surrounded by attractive figures such as co-stars from films they’re working on.

For instance, Keith Urban has been linked to a few cheating scandals; so much so that Nicole had come up with a formula to sustain their 10 year marriage. She was quoted saying: “10 days apart is too long, now we do 7 days instead.”

Meanwhile, Nicole Kidman and Colin Farrell have been spending time together because of their upcoming movie, The Beguiled and it’s rumoured that Kidman is attracted to her co-star. This could be one of the reasons why the actress’ marriage to Keith Urban is going down the drain.

Some nasty reports also say that her marriage to the singer has been over for many months. Kidman is allegedly just waiting for the Oscars to be over before announcing her plans to divorce Keith Urban.

On the contrary, several news outlets have reported that the pair is going to give it three more months before they call it quits. They will be sorting out their problems by going to a lavish couples therapy boot-camp, which starts at $10,000 for a weekend at an island resort in Washington, USA. Well, we sure hope all goes well with this beautiful family!