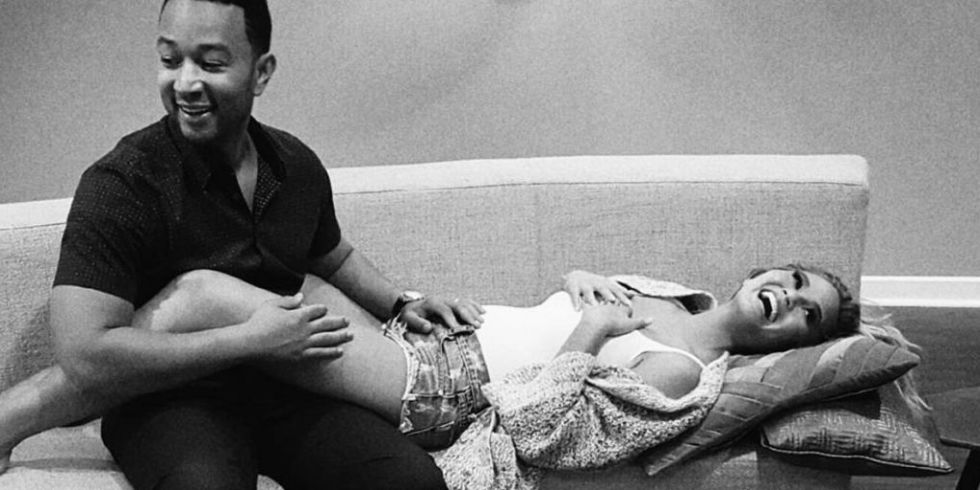 Not everyone can say that they got baby-naming advice from President Barack Obama.. But Chrissy Teigen certainly can.

If you don’t already know, Chrissy Teigen is simply one the chillest and most relatable person on earth despite being a supermodel and having an incredibly talented A-list husband, John Legend. The couple are currently expecting a child together.

Recently, on The Late Show With Stephen Colbert, where she made Vietnamese summer rolls to promote her new cookbook Cravings, she admitted asking Mr President baby-naming advice.

“I asked President Obama if he liked one of our name choices, and he said he did,” Chrissy said. “But then I realized I should have come up with two so he could have picked one, because you know, you gotta be nice about it when you give someone a name.” She said she asked for the president’s opinion because  her husband, John Legend wasn’t so sure on the name and she hoped an approval from the commander-in-chief would change his mind. Although Chrissy never really revealed what the name was.