PerSONIAlly Speaking: Why You Should Watch Amazon Prime’s ‘The Boys’

Warning: This show contains strong language and depicts violence, nudity and drug use 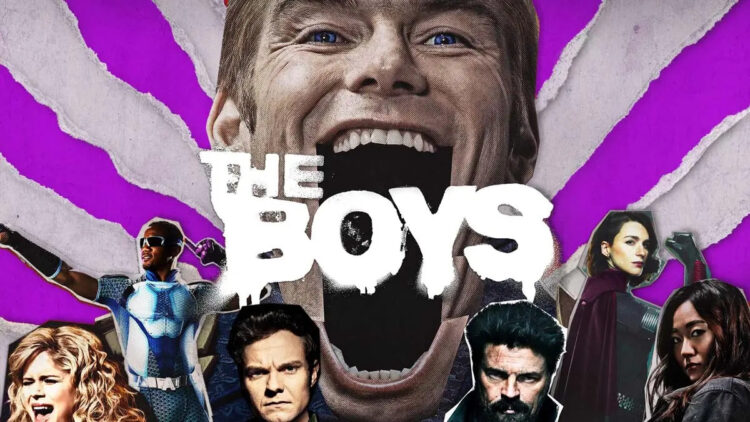 We live in a society where geek culture is the norm, with a new superhero film or series coming out every month on both the big and small screens. Not to mention that Hollywood is milking it for all it’s worth with the mega-popular Marvel Cinematic Universe (MCU) and the semi-chaotic DC Extended Universe (DCEU).

What if I told you that there’s a show out there that might satiate your superhero cravings, but which is not as formulaic as the MCU?

The Boys is a 2019 American television series created by Eric Kripke for Amazon Prime Video, based on the Garth Ennis and Darick Robertson comic book of the same name. The series is set in a world where superhumans are seen as heroes by the general public and work for Vought International, a strong conglomerate that advertises and monetizes them.

The majority of them are arrogant and corrupt outside of their heroic personalities. The Seven, Vought’s finest superhero squad, and the eponymous Boys, vigilantes seeking to bring down Vought and its corrupt superheroes, are the main characters of the series. 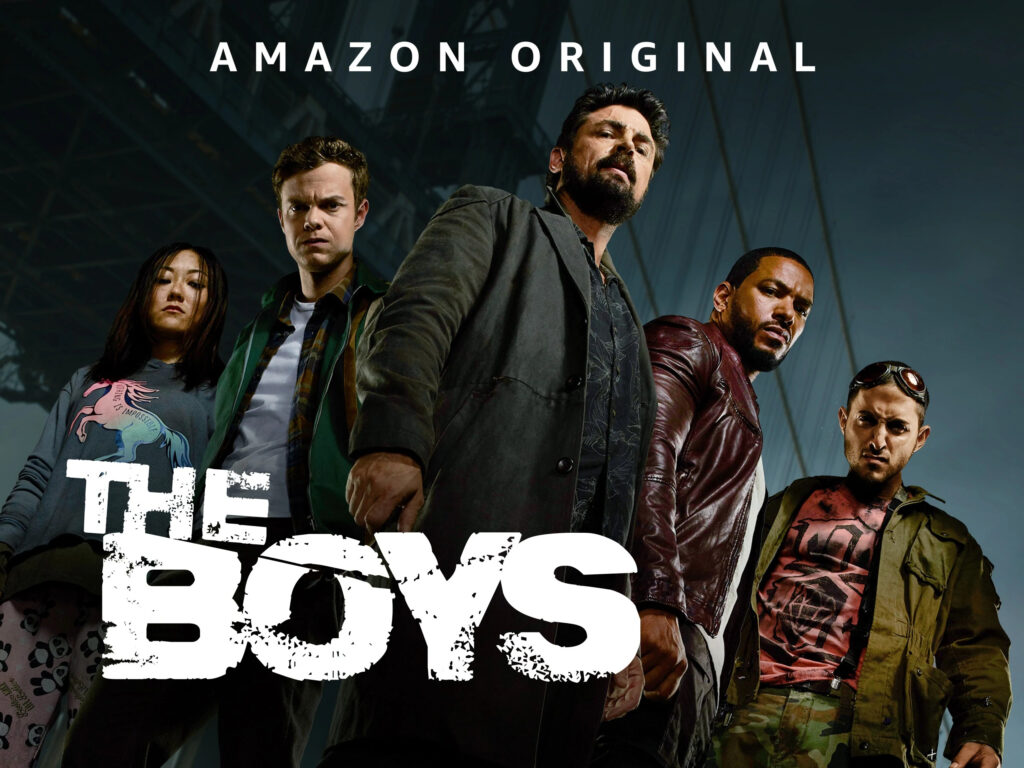 Why You Should Watch It

This series is not for the faint of heart, since it contains a great deal of gore and adult themes in both seasons 1 and 2. Trauma, abuse and addiction are also prominent themes in the drama. It’s a character evaluation that’s more or less a deep dive into themes of power imbalance and exploitation.

With Vought’s biggest cash cow – The Seven – The Boys reflect on our current take on celebrity culture. By having the superheroes perform staged tasks with phony smiles for photos – while being total horrors behind the scenes – the characters mirror certain celebrities who treat their fans badly, when they meet them in person. 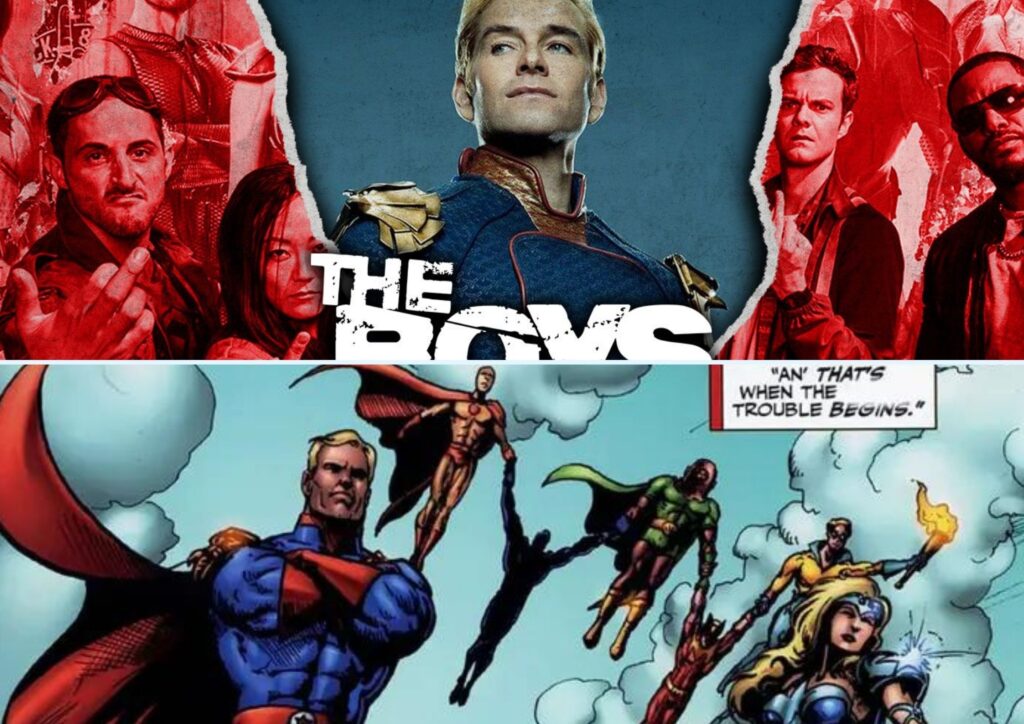 With the first issue released in 2006, the show does not strictly adhere to the original material, as what was popular in 2006 may not be appropriate for today’s audiences. The showrunners choose to focus more on the character’s experiences to shape and influence their actions in the show.

Viewers might perceive Homelander as an evil Superman type, and they would be right. He’s a mash-up of American idealism and twisted patriotism, complete with all of the blue boy scout’s abilities.

He’s a member of a Justice League-esque team that includes Queen Maeve (Wonder woman spoof) and A-Train (The Flash spoof). However, unlike other malevolent Supermen, the rationale for his evildoings is more complex and multi-layered.

Seasons 1 and 2 both include fantastic fight sequences that will make you cheer. A scenario from season 2 is depicted in the photo above, in which the main ladies beat up Stormfront, the season 2 villain, in a girl-on-girl brawl. #girlsgetitdone

Seasons 1 and 2 of The Boys are easy to binge on with 8 episodes each; once you’ve finished both seasons, you’ll be yearning for more. Season 3 will be released on June 3rd, so don’t worry! Also, Eric Kripke has plans for future seasons of this diabolical anti-superhero drama.

While fans wait for season 3, Vought *cough* Amazon *cough* decided to release some canon stuff from The Boys for fans to enjoy. One of them is a news show called Seven on Seven, which is a satire of major news networks’ programmes. Not only that, Vought has also released corporate PSA videos for fans to enjoy and laugh at, as they peddle nonsense to customers.

You can stream The Boys Season 1 & 2 now on Amazon Prime Video, and stay tuned for Season 3! 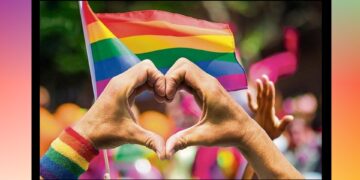 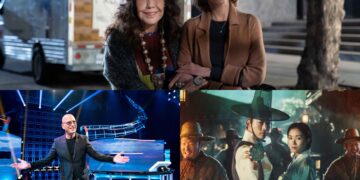 NEXT-flix! New Shows On Netflix From April 24th To 30th! 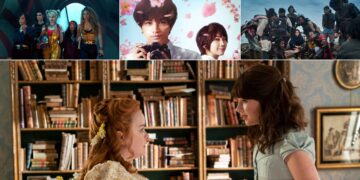 March Into A New Month With Netflix’s Totally Dope Lineup! 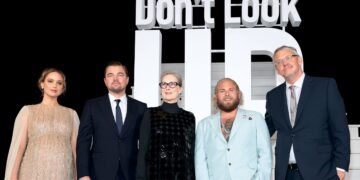