With a three-year deal and vowed to “make history” at the club, Louis van Gaal has been appointed manager of Manchester United. The Holland coach will officially start work at Old Trafford in July after his commitments at the World Cup are over.

Shortly after David Moyes was sacked, Van Gaal emerged as United’s preferred choice but the club asked Ryan Giggs to take temporary charge until the end of the season while they concluded a deal with the Dutchman, who has vast experience of coaching at the top level.

Van Gaal won the domestic title with Ajax, Bayern Munich, Barcelona and also with AZ Alkmaar. The Dutchman has chosen Ryan Giggs as his No2 with Frans Hoek and Marcel Bout joining as assistant coaches.

Ed Woodward, the United vice-chairman, said in a statement from the club: “In Louis van Gaal, we have secured the services of one of the outstanding managers in the game today. He has achieved many things in his career to date and Old Trafford provides him with a fitting stage on which to write new chapters in the Manchester United story.

“Everyone is very excited about this new phase in the club’s history. His track record of success in winning leagues and cups across Europe throughout his career makes him the perfect choice for us. People know him as a larger than life character but I have also been extremely impressed by his intelligence, thoughtful approach to the role and his diligence. I’m looking forward to working with him.

“I’m delighted that Louis has chosen Ryan as his assistant. Ryan’s association with the club spans over two decades and his knowledge and stature will be of great use to Louis. In addition, this is a fantastic opportunity for Ryan to learn his trade alongside a world-class manager whose attacking instincts and belief in youth are tailor-made for Manchester United.”

Van Gaal said: “It was always a wish for me to work in the Premier League. To work as a manager for Manchester United, the biggest club in the world, makes me very proud. I have managed in games at Old Trafford before and know what an incredible arena Old Trafford is and how passionate and knowledgeable the fans are. This club has big ambitions; I too have big ambitions. Together I’m sure we will make history.” 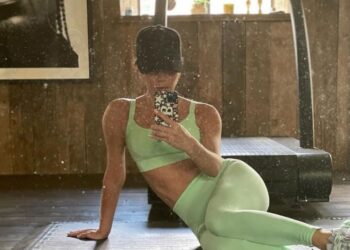 Six-ercise! Experts Say 6pm Is The Ideal Time To Work Out. Here’s Why

If there’s one thing that I wish I could understand - besides why Charles cheated on Diana - is how...