Saving Computers and Gadgets before Pets? 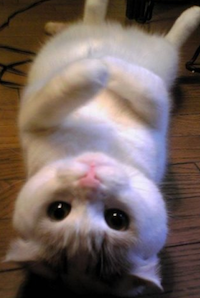 This is horrible, as much as I LOVE gadgets and IT related stuffs, I would never choose them before my pets in a case of emergency and it’s hard to believe that majority of Brits would do so! A recent study was held recently, asking people what would they save first in case of a fire and guess what’s the most popular choice. Laptops and computers followed by mobile phones and then a family pet. I wonder if they would choose gadgets before little children and babies too. Here are the rest of the results. They probably surveyed a bunch of non-animal lovers, it’s hard to picture how they’d rather their family pet suffer in pain than a gadget they could buy again.