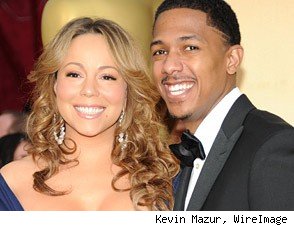 Looks like it’s a trend now; getting pregnant that is. Mariah Carey has finally admitted to be pregnant with a baby boy together with hubby Nick Cannon. After playing coy about her growing belly, 40-year old Mariah admitted and will make the announcement soon on Oprah and The View.

Cannon has been more vocal about the pregnancy though. However, although he has been hinting about the arrival of their first child, he said, “I’ve said it before and I’ll say it time and time again — when my wife feels like talking about whatever she wants to talk about, you will hear it directly from her”.

Well, guess we just have to wait for the “official” announcement from Mariah. Till then let’s just assume that yes, she is radiantly pregnant.