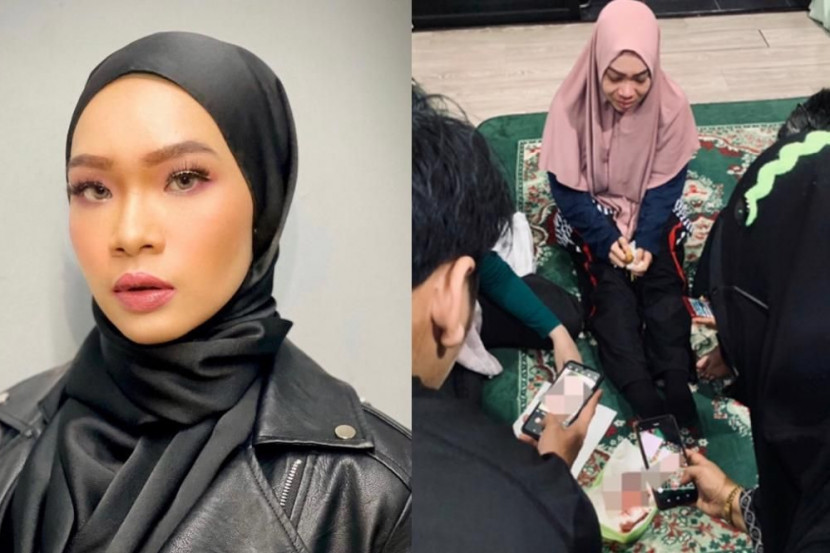 Black Magic.. a combination of two words that drives the chill down our spine and is sure to make heads turn! As much as we all have evolved and emerged ourselves into the logical millennial era.  We must admit that there are certain happenings around us accustomed to superstitious believes due to some unexplainable phenomena.

Today, most Malaysians are in absolute shock and dismay at Ai Wahida’s recent occurrence. The singer revealed that she had vomited needles and nails due to a curse caused by black magic.

The 23-year-old Malaysian singer explained she didn’t realize she was cursed until she saw a video about black magic, she then came to her realization that the video brought to light a number of symptoms she was currently experiencing at the moment!

Wahida decided to look into alternative treatments such as traditional Islamic medicine since she felt to be dealing with supernatural forces. In December 2020, she traveled to Kuantan, Pahang, in the hopes of healing her illness and was taken aback when she realized she had been cursed for a few years! It was a beyond belief moment for Wahida when began vomiting nails, needles, and clothes during the treatment.

“During the treatment, I couldn’t believe that I vomited nails, needles, shreds of cloth, and other dirty things out of my body,” she said. “There were 12 short needles, 7 nails, and 22 long needles. Honestly, it was shocking.”

According to sources, when asked why anyone would curse her, the singer confessed forlornly that she had no idea. Even so, she did admit that the query has been on her mind for some time.

Wahida went on to explain that it couldn’t be her social media success, as she only has merely reached 300,000 followers. She bemoaned their contempt for her, wondering what she had done to make them feel compelled to curse her. The artist is nevertheless eager to remain upbeat. She sees the situation as a test and insists that all that had happened was predetermined by God.

“They know me, they can just tell me face to face instead of resorting to using witchcraft,”

Despite all the growth that unfolds for us, black magic, curses, and spells very much still do exist, sadly. Wahida experience is surely an eye-opener for all of us to realise how people could have malice to people and the extremes they could reach to bring harm to another. We wish you a speedy recovery Wahida!

The singer will continue to receive medication for the time being and promised to be more vigilant in the future. Despite the fact that she has not completely recovered yet, the singer is up on her feet to work again. Wahida recently collaborated with Ejai Aziz on a new album ‘Mama Mama’.

CHECK OUT HER NEW BEAT HERE;