This Website Advertised Plus-Size Tights In The Worst Possible Way 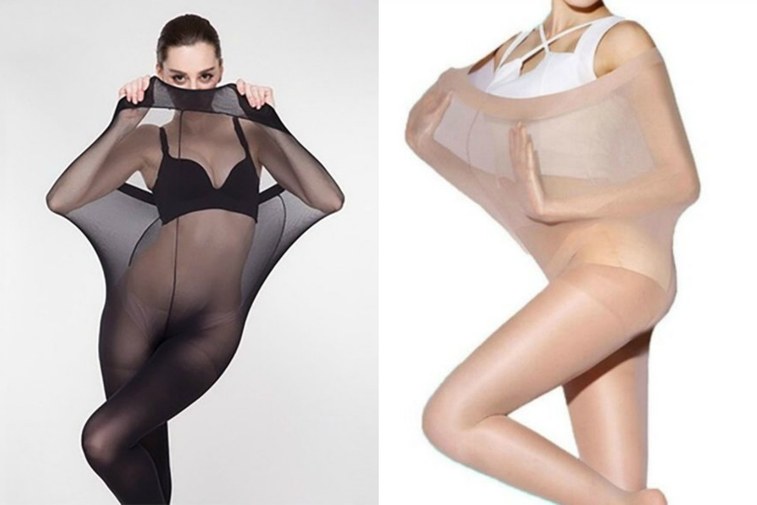 With the beauty and fashion industry rapidly increasing their visibility with inclusivity campaigns, one company takes it one step further to prove that it still finds fat-shaming amusing.

As reported by Metro.com, Wish.com is being criticised for trying to sell a pair of plus-size tights by shaming plus-size women. Rather than featuring a plus-size model which, I’m sure, we have plenty of, the website decided to use thin models and have them stretch out the tights over their bodies. Like a really sick cocoon.

In case you don’t see why this maybe problematic, let me do the honours of breaking it down for ya – on what planet is it acceptable for one mock and shame potential buyers by using a product INTENDED for said group of buyers? Let’s not even begin with the fact that they’re sending out the message that thin bodies are “normal”, I mean…

People aren't happy with how this website is advertising its plus-size tights https://t.co/7Z1ACHYTQ3 pic.twitter.com/vacBkxxyZJ

The manner in which Wish.com decided to advertise the tights is disgraceful, to say the least. Especially at a time when plus-size models like Ashley Graham, Tess Munster and Tara Lynn are on the rise. But this isn’t the first time someone’s thought of using thin models to promote plus-size clothes.

In April, Fashion Nova came under fire for using size 2 models to model its plus-size collection. They’ve since promised to hire more plus-size model, but you just can’t shake the disheartening feeling that we’ve got a long way to go until inclusivity really is a part of us all.