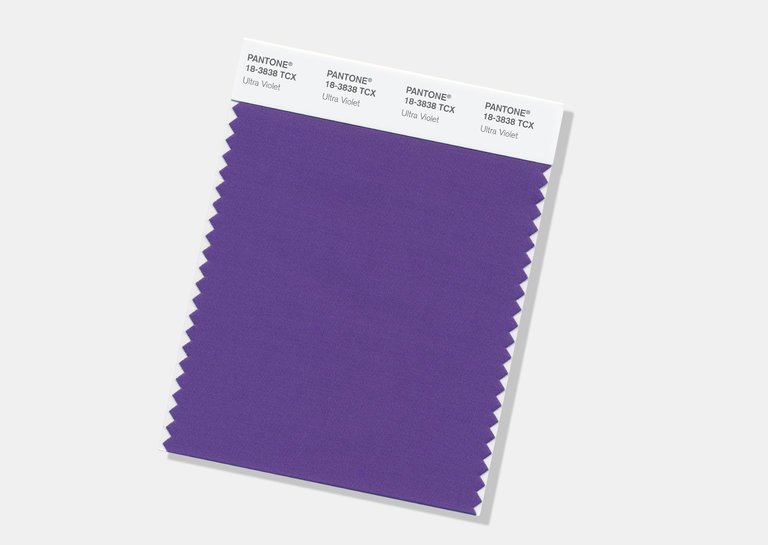 We interrupt your daily newsfeed with this message brought to you by PURPLE, which traveled all the way from ancient times to become the colour of 2018. Hooray!

The Pantone Color Institute — which began introducing “Colour Of the Year” in 2000 — announced this week that it chose to paint the coming year in royal Ultra Violet, a purple-highlighter shade. So why purple? Leatrice Eiseman, Pantone’s executive director revealed that it’s “the most complex of all colours.” Apparently, the word “complex” shares a root with “complicit,” which Dictionary.com selected as the word of the year for 2017.

But where “complicit” has dark undertones, “complex” promises hope with its mysteriousness. Ms. Eiseman continued, “We wanted to pick something that brings hope and an uplifting message.” We may welcome that notion after a year steeped in uncovering sexual-harassment complicity.

Historically, purple has been highly valued, driven by its burdensome production and its association with wealth, power and royalty.

Does actress/new royal Meghan Markle know that in the 16th century, Queen Elizabeth I of England didn’t permit anyone but close relatives of the royal family to wear purple?

Hmmmm.. we wonder what RiRi is cooking up this time around for @fentybeauty but that purple lip sure looks bomb 🤔🤔

Damn, The Queen sounds a lot like Regina George, and we’re certainly glad that we don’t have to worry about such things anymore. Can we get an Amen?