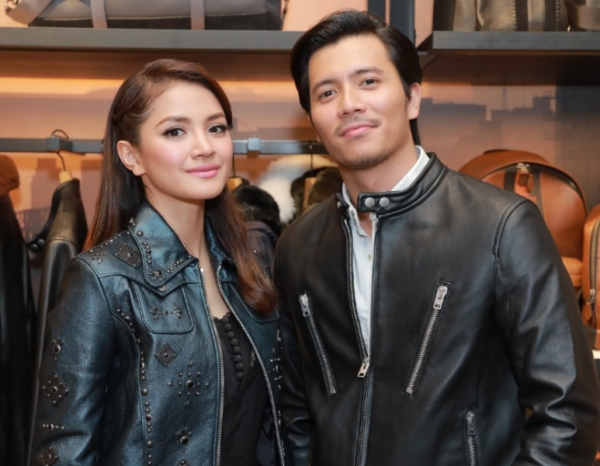 The 27-year-old actor announced his engagement to the 34-year-old actress yesterday. “On Nov 13, I sent a merisik (seeking) party to Fazura’s family home. It went well and we were engaged on the same day,” said Fattah at a press conference. He also explained that the engagement ceremony was held privately to respect the wishes and privacy of his family.

Rumours of the two being in a real-life relationship has been going around ever since they starred as on-screen lovers in the Hero Seorang Cinderella television drama. Fans even started the #FattZura hashtag. Previously, several news outlets reported that Nur Fazura and Fattah may have gotten married after white canopies and decorations were seen at Fazura‘s family home in Petaling Jaya, Selangor. However, Fazura shut down rumours of her relationship with Fattah, saying that the speculation has caused much distress to their families.

Fazura is known for her award-winning performances for her roles in films like Gol & Gincu  and Pisau Cukur. Fattah is a model turned actor who gained popularity after his performance in Suri Hati Mr. Pilot alongside Neelofa.