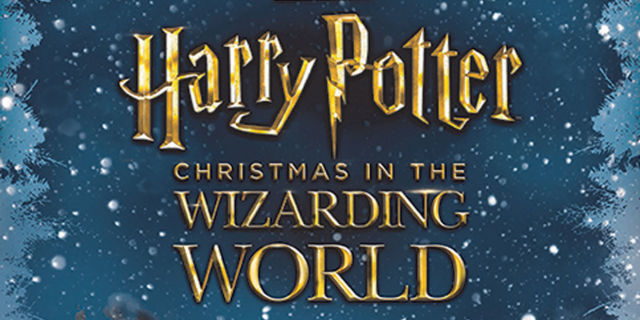 Potterheads, wish no more as you’ve been heard. This Christmas, something magical is happening as the Harry Potter: Christmas in the Wizarding World exhibition is making its international debut at Siam Paragon in Bangkok, Thailand.

Happening from December 17, the exhibition is set to be a mini version of the Harry Potter theme park. Featuring J.K. Rowling’s book series inspired pop-up stores, the exciting shopping experience lasts for a limited period until March 2 next year.

Splurge your galleons on Bertie Bott’s Every Flavour Beans, expand your collection of Chocolate Frogs and more from the selection of classic merchandise from two of J.K. Rowling’s hit series – Harry Potter as well as Fantastic Beasts and Where to Find Them.

Watch as the fictional-fantasy locations like Hogsmeade Village and Diagon Valley come to life through the animated windows incorporated in the fantasy film-like pop-up stores. For all you muggles out there, prep yourself for Hogwarts as you shop for wands at Ollivanders, school robes and your very own plush-version of Hedwig the owl.

But before you depart from King’s Cross station, brush up on your wizarding Quidditch skills in an interactive game of “Quaffle Toss”. Additionally, complete your Christmas in the Wizarding World with a picture for remembrance, and customise your memento with a preferred background from the films.

Produced by Warner Bros Consumer Products (WBCP) and GES, the Wizarding Exhibition last appeared at a shopping mall in Sandy, Utah. Regarding its arrival in Bangkok, the producers assured, “Christmas in the Wizarding World will redefine the traditional shopping centre holiday offering by creating a themed retail experience inspired by one of the most beloved brands of all time, Harry Potter.

“We’ve recreated the magical settings of Hogsmeade village and will bring it to the fans and families in Thailand, so they can experience this innovative retail environment.”

We're here at the opening of the first-ever #Christmas in the Wizarding World exhibit at @ShopSouthTown, Utah! Hogsmeade is brought to life magnificently, including Honeydukes, Ollivanders, and much more. Go now!! pic.twitter.com/37o1UGYTvW

It’s a magical experience not to be missed and Bangkok being only a two-hour journey is all the more reason not to miss out. Hurry up and buy your tickets today, Potterheads!