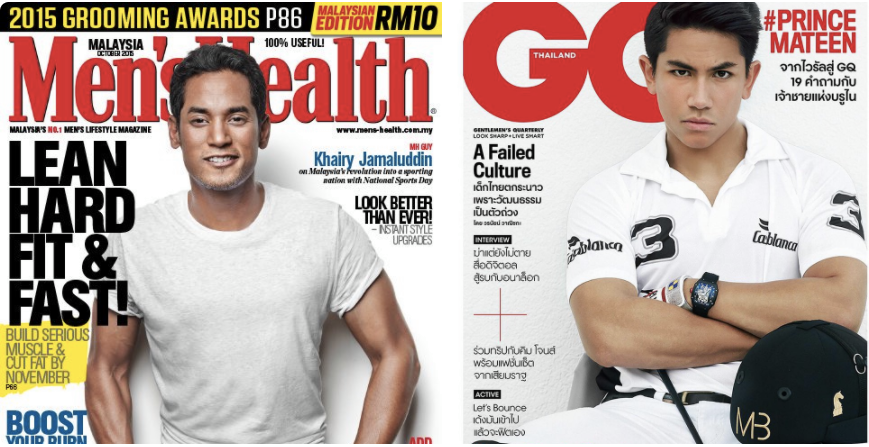 The SEA Games 2017 is full of hunks, and we’re so glad that Brunei’s Prince Abdul Mateen Bolkiah is among them. The dashing prince, who is sixth in line to the Brunei throne, represented his country in the equestrian polo events at the 29th Kuala Lumpur SEA Games (KL2017) yesterday.

Game time. All the best for your final later champ 🏇🏿🇧🇳

Both the professional polo players also expressed hope that weather would be fine during the competition and throughout the games. “If it rains, it is going to cause some hindrance. If it rains heavily, it will be dangerous. If it does not rain, it would be safe to play,” said the princess.

Nothing feels as raw as going into war on horseback

The opening polo match between Malaysia and Brunei yesterday (22nd Aug) at Putrajaya Equestrian Park, saw Youth and Sports Minister Khairy Jamaluddin facing off against a number of royalties from Brunei.

On the matter, both Princess Azemah and Prince Mateen said that whoever would be their opponent, a game was still a game. “If you get out there as a sportsmen, we leave everything off the field,” said Princess Azemah while Prince Mateen added, “It does not matter if they were royalties, it is going to be just a polo game.”

The picture above shows Malaysia’s very own daddy  Khairy Jamaluddin falling off his horse during their equestrian polo match against Brunei.

As the main man overseeing the SEA Games in Kuala Lumpur, the pressure was on for Khairy to be competition-ready and to perform despite his responsibilities. “Well it’s a big honour to play for Malaysia. It’s different when you put on the Malaysia jersey, with the ‘Jalur Gemilang’ (national flag) there. And being sports minister, the weight of expectation is tremendous,” he said.

Your support means everything to us 🏇🏿🇧🇳🇧🇳

In addition, the dreamy prince caused *quite* a stir at the games venue when he emerged from his team’s tent after the Brunei equestrian polo team’s practice match against Singapore on Sunday evening. Being a good sport, he walked over for an impromptu meet and greet session with members of the public.

As can be seen in the viral video making the rounds on social media, the crowd went wild with female fans cheering and screaming as the affable prince shook hands and posed for selfies.

What’s more, it has also been reported that one Twitter user (who cannot be named), revealed that her ovary exploded due to meeting the handsome royal face-to-face last Sunday. In the end, Team Malaysia emerges victorious in Sea Games 2017 VIP polo battle against Brunei, with match scores of 12 – 4. A reporter named Sumisha Naidu live tweeted the whole event. Click on the twitter link below for the full rundown.

Having said that, some of our writers (me!) also thinks that Prince Mateen is truly exceptional. I mean.. Prince William and Harry who? Those British royals ain’t got nothing on this guy.

All buckled up for the a.m

Time off the saddle cruising along the Mediterranean Sea ☀️

Selamat Hari Raya semua. You're all welcome to my open house anytime. #freeseating

Back home with my buddy

Get your grills out ☀️

Just because I'm craving for an asado… and a beach. Nah mahu mate Faridoo?? 😂

Face of a master #SOAS