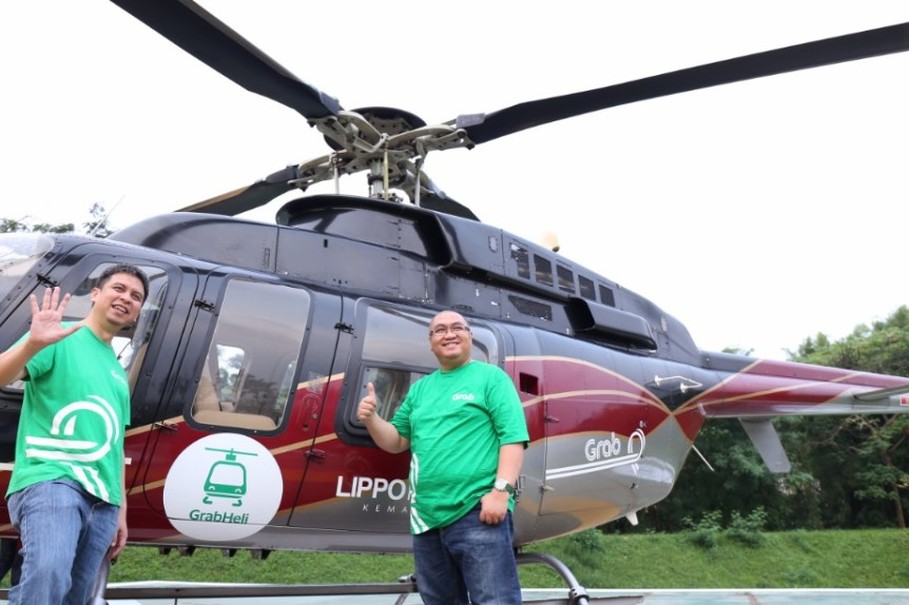 As far as horrendous traffic is concerned, no other city in the world tops Jakarta’s, where being stuck in a four-hour gridlock is not odd at all. Just imagine having to go through that frustration daily!

Well, popular ride-hailing service Grab Indonesia is turning things around above and beyond, literally, with a helicopter taxi ride that is in the works called GrabHeli.

While it may seem extravagant and honestly a little OTT (over-the-top), it somewhat makes sense given the fact that traffic on ground in Jakarta is impossible to maneuver through.

No specific date has been announced on the release of GrabHeli, but Grab Indonesia’s marketing director  Mediko Azar said that Grab is exploring options to make the service available commercially, and that their main target audience are high-level executives.

Grab Indonesia also hosted a pilot programme offering 15-minute helicopter rides to 64 of its top customers as part of Grab’s anniversary and to test out the GrabHeli ride.

While this may be cool and all, how much will one GrabHeli ride really cost? That, we’d like to find out.