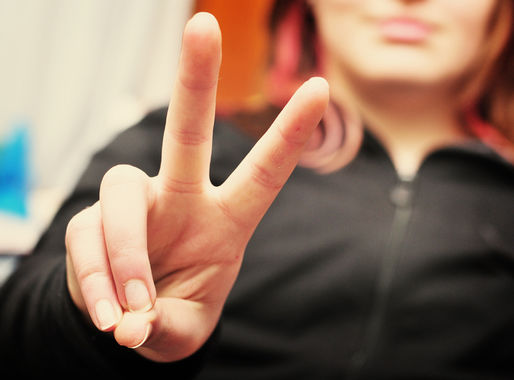 Next time you feel like posting a picture of you flashing a peace sign and posting it on the internet, do yourself a favour and don’t. Unless you’re up for risking future identity theft.

According to Vocativ, peace sign selfies are being used for identity theft. In its report, Vocativ claims that researchers at Japan’s National Institute of Informatics (NII) found that they could copy fingerprints from photos taken by digital camera positioned nine feet away from the subject.

“Just by casually making a peace sign in front of a camera, fingerprints can become widely available,” researcher Isao Echizen told the Sankei Shimbun newspaper. Echizen added that the fingerprints could easily be recreated if the lighting was good, and the fingers were properly positioned.

Fingerprint recognition technology is becoming widely available lately. I mean, unlocking your phones or signing into bank accounts is as easy as pressing your fingertip on your phone. Exactly like how Apple’s Touch ID works on iPhones.

Thankfully, the researchers at NII developed a fingerprint anti-theft prevention substance that can obscure and even produce false fingerprints into the frame. So if peace sign identity-theft ever becomes a major issue, they’ll be ready to help us out.

Until then, think twice before pumping up those digits in the air for a selfie.