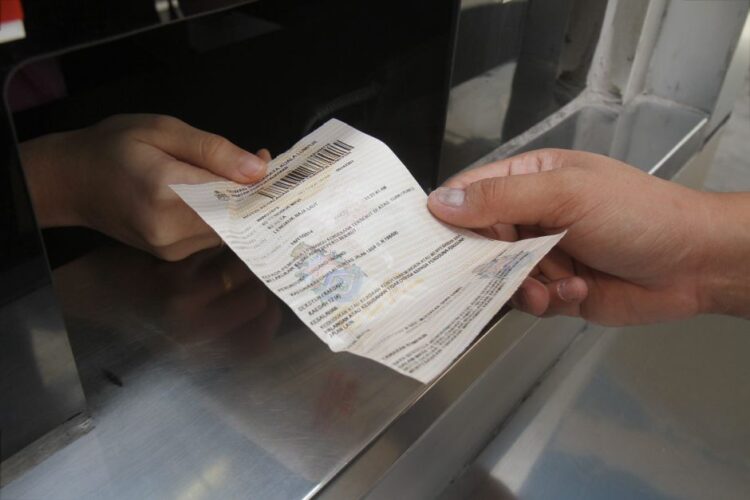 In Johor Bahru, a 53-year old unemployed woman was arrested and fined after she signed the word babi (pig) on a summons issued to her by a traffic policeman. The woman was given the summons after illegally parking her gold-coloured Mercedes Benz along Jalan tun Abdul Razak at about 8.50pm on Tuesday.

When handed her summons for her to sign, she did what any disgruntled traffic offender would think about doing (but will never do, especially after this incident) – signed her name as the “offensive” word.

“She also screamed at the policeman that her name was babi,” Johor Baru South OCPD Asst Comm Sulaiman Salleh said in a statement yesterday. He added that the policeman warned her of her unruly beha­viour but she started screaming at him even more and was arrested.

It was reported by The Star Online that the woman, Tan Yeoh Foong, pleaded guilty when charged under Section 14 of the Minor Offences Act 1955, which carries a maximum fine of RM100. The punishment was meted by Magistrate Mohd Azlan Shah Mohd Allias today and was read out in Mandarin for the housewife to understand.

The word babi is seen as a slanderous term in Malaysia, where consumption of the animal is forbidden to Muslims so it’s no surprise that this became an issue. I mean, Auntie Anne’s recently had to change the name of the Pretzel Dog to Pretzel Sausage so…

TBH, we’re not condoning the offense or unnecessary rudeness committed, but we can’t help but chuckle at this whole incident. I mean, usually we’d just mutter curse words under our breath but hey, it just goes to show that taking things to the next level comes with next level consequences.

So folks, the next time you’re a disgruntled traffic offender, don’t sign your name as an animal or be rude to the person handing you your summon. They’re only doing their jobs in the end. Also, why would you wanna pay RM100 on a parking fine?