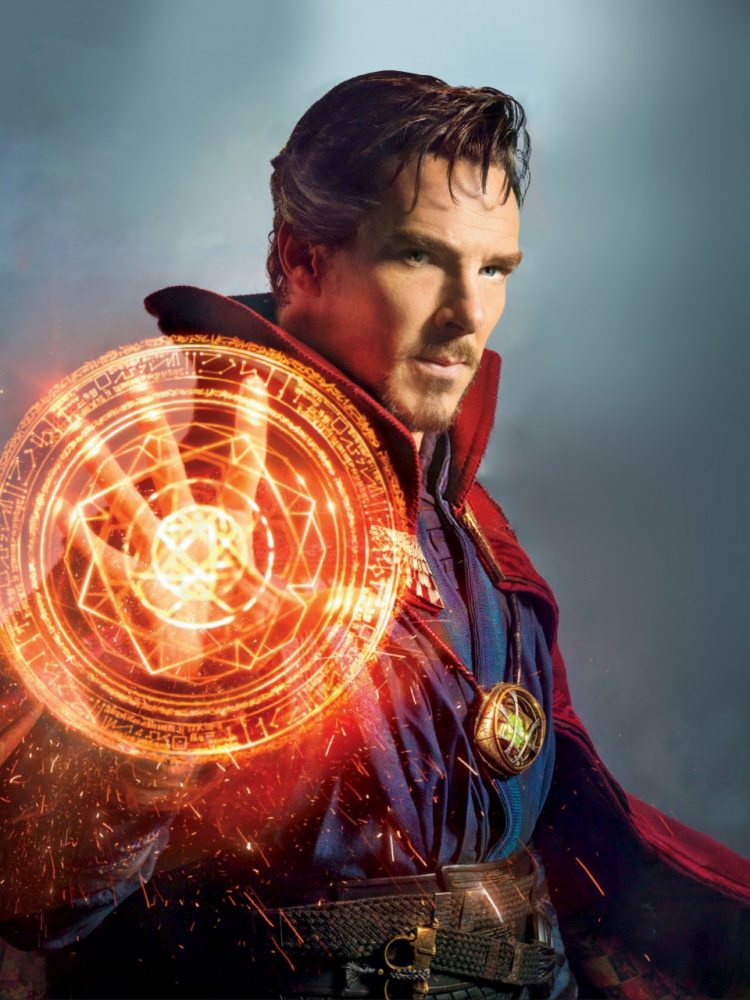 “We never lose our demons, we only learn to live above them.”

Fans of Marvel Films (and movies, in general) have been waiting for the latest addition to the Marvel Cinematic Universe (MCU) to be released in cinemas ever since its been announced that the film was in the making. Marvel manages to capture the essence of its superheroes into a magical whimsy with its latest introduction to the MCU, Doctor Strange. Its kaleidoscopic visuals and explosive action nature puts audiences in a trance, where dimensions are multiplied and time, altered.

What’s most notable about Doctor Strange, besides the stunning visual effects is how long you spend watching the movie before realising that it’s a part of the Marvel Superhero chain. The Protagonist, Dr. Stephen Strange, is a little (dare we say it) stranger than most of the superheroes as he comes without fancy gadgets or god like aesthetics. Strange is introduced as a brilliant, albeit arrogant, neurosurgeon with a little bit of a god complex, a drawer full of luxury timepieces and a Lamborghini.

Directed by Scott Derrickson, Strange is still borne from the same cookie cutter as Tony Stark and Bruce Wayne and could have easily become just another band member of the Superhero chain. However, he takes this away through his insecurities and an unshakable determination to prove himself in a world where sorcerers roam, after the setback of texting while driving which crippled his hands.

He’s incredibly flawed, but his determination to make himself better makes him wildly relatable and original to the Marvel Cinematic Universe.

As Strange, Benedict Cumberbatch sheds his British accent but not the Sherlock Holmes attitude fans have come to love, which works in Strange’s favour – it attracts (as well as repulses) fellow doctor Christine Palmer, played by Rachel McAdams, who was in my opinion one of the most human (and a lot less of a ‘damsel in distress’) of all the Marvel’s girlfriends.

After the accident, Strange seeks advice from a man named Pangborn (Benjamin Bratt), who broke his back, but somehow learned to heal himself. Though skeptical at first (Strange is a man of science rather than metaphysics, you see), after meeting the former wheelchair bound patient on a basketball court, Strange takes his advice and heads to the far east in Kathmandu, where he meets the Mordo (Chiwetel Ejiofor), who, to me, seemed almost Jedi-like, and his master, the Ancient One (Tilda Swinton).

Mordo is a fascinating character whose motives are every bit as complex as Strange’s though much more charming than arrogant. Those who wish there were more of him in the film are advised to stick around through both post-credits bonus scenes.

Whitewashing controversy aside, Tilda Swinton’s played the role of The Ancient One very well in this almost ominous and extra-terrestrial like fashion. Besides that, fans get to see Hong Kong in a big way towards the end of the movie where a huge showdown happens between the Strange and Kaecilius, played by the enigmatic Mads Mikkelsen (who I wish we saw more of).

To cut a long story short, the story line of the movie still builds up to a generic showdown between the superhero and an all-powerful, earth destructing super villain. However, Doctor Strange takes that inevitability and spins it off into alternate dimensions, where both humor and intellect prevails.  Doctor Strange is also a reminder to us all that even as we believe that all hope is lost, there’s always a way to turn things around.

Considering the fact that the film’s been brilliantly cast, the spectacular visuals of the film and its original, magic-eccentric story line was still pretty amazing. I definitely enjoyed watching it on IMAX’s 3D – the technology helped elevate the film’s striking and glorious visuals in ways you can’t possibly imagine