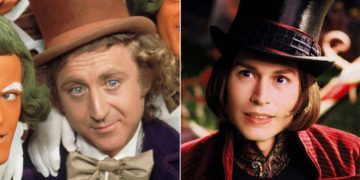 There’s a new Willy Wonka movie on the way and we’re all waiting anxiously to hunt for the Golden Ticket, yet again.

According to Variety, Warner Bros. has acquired the rights to the Willy Wonka IP from the Roald Dahl Estate and is in the works of planning a new movie centred around the unforgettably eccentric character.

Apparently, the studio has been trying to lock down the rights to the film from the beginning of this year but only managed to close the deal recently. Producer of the Harry Potter franchise including its reboot Fantastic Beasts and Where to Find Them, David Heyman, will be re-teaming with Warner Bros. to revive the classic character.

Harry Potter producer David Heyman will help produce the film while writer Simon Rich of The Secret Life of Pets will be working on the script.

A release date and cast members have yet to be announced.