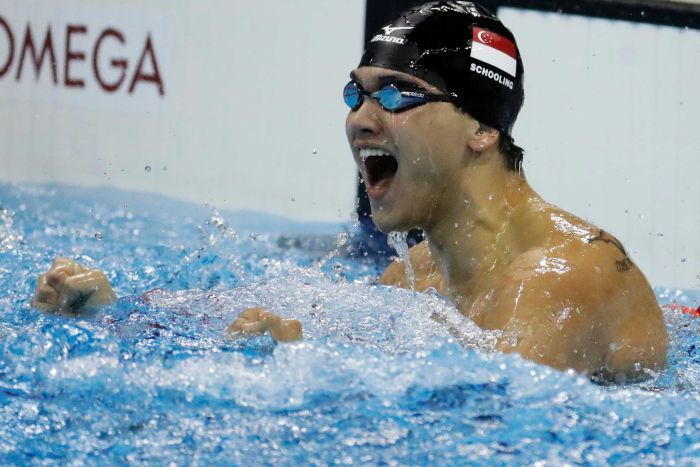 Someone finally beat Michael Phelps and history has been made today for Singapore!

21-year-old Joseph Schooling from Singapore has upstaged the great Michael Phelps 100m butterfly at the Rio Olympics in a Games record time of 50.39 seconds, winning Singapore its first ever Olympics gold medal.

Phelps tied for the silver alongside Chad le Clos and Laszlo Cseh.

Not only did he out swim everyone, he also denied Phelps is fourth-straight gold medal at the Rio Olympics.

Following his triumph in Rio, Schooling said, “I hope this opens a new door, opens more doors for sports in our country and hopefully I set a precedent for a lot more guys to come up.”

He’s now become a national hero and wants his compatriots to use his victory to inspire their own dreams of sporting glory on a global scale.

“It doesn’t matter where you’re from,” he said.

At the 2014 Commonwealth Games in Glasgow, Schooling took home a silver medal in the 100 metres butterfly, and won bronze at last year’s championships in Kazan.

Joseph Schooling met Michael Phelps in Singapore in 2008. He just beat him in the 100 meter butterfly pic.twitter.com/DsINHyJBXO