An Emirates Plane Crash Landed In India, No Casualties Reported 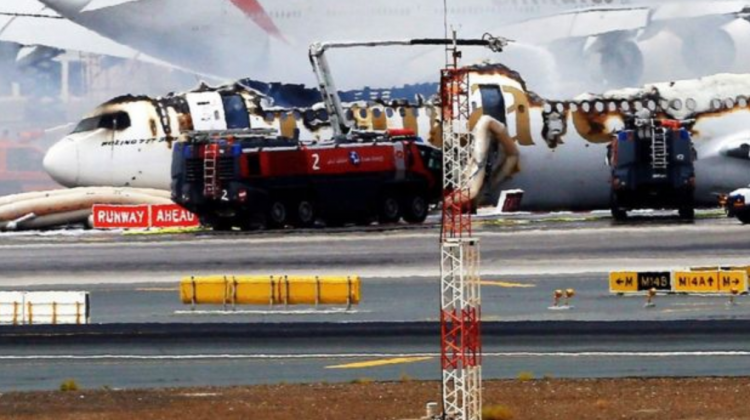 Emirates Airline Flight EK521 carrying 300 people from Thiruvananthapuram in southern India crash landed on the runway of Dubai’s airport and burst into flames. No casualties resulted from the accident, but a firefighter who responded to the fire was killed.

Passengers were given no warning of the harsh landing and they fled down emergency chutes before running away from the burning aircraft.

At the last moment of its journey, the pilots on the Boeing 777 told air traffic control they were abandoning the landing.

They were attempting a “go around,” which is a common manoeuvre when the plane recovers height and makes another attempt to land, but instead of climbing, the aircraft crashed, with its right engine breaking away.

This accident led to the cancellation and delay of dozens of flights to and from the Dubai airport, but the schedule was back to normal within six hours.

This crash appears to be Emirates’ third major incident since the airline took off in 1985.

Emirates has a strong safety record and the crash appears to be only its third major incident since the airline was founded 1985.