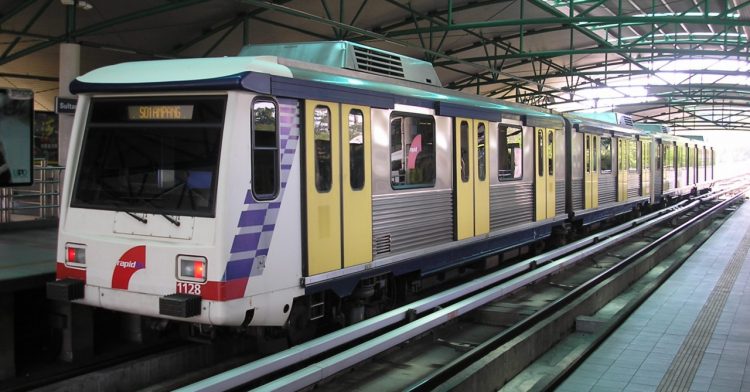 On July 7 and 8, which is the second and third day of Hari Raya Aidilfitri, there will be no LRT services for the Ampang line. This is done to enable upgrading works and migration of the train signalling system for enhanced efficiency and safety.

During the temporary service suspension, free shuttle bus services will be provided from 6am to midnight to ferry commuters along the stations of the Ampang LRT line and Sri Petaling LRT line to the Rapid KL Pasar Seni bus terminal.

Meanwhile, commuters will be able to travel between Putra Heights and the Sentul Timur LRT stations onboard the latest six-car LRT trains from July 17 onwards. These new trains will replace the existing fleet of the Ampang LRT line cars that are nearly 20 years old.

The upgrading works also diminishes the need for commuters to switch trains at the Sri Petaling LRT station when travelling from Putra Heights to Kuala Lumpur. Having said that and before the arrival of the new trains in December 2016, alternate trains will make a turnaround at Bandar Tasik Selatan during peak hours between 7am and 9am and 5pm and 7pm.

After completion, the Rapid Rail will unveil two new operation modes, the LRT Sri Petaling line between Putra Heights and Sentul Timur, and the LRT Ampang line between Chan Sow Lin and Ampang. Adequate signs and announcements will be made to assist commuters once the time comes.

Tags: In the NewsLRTMalaysian NewsPublic Transportation in Kuala Lumpur
ShareTweetSend

72 New Emoji Are Coming Your Way!