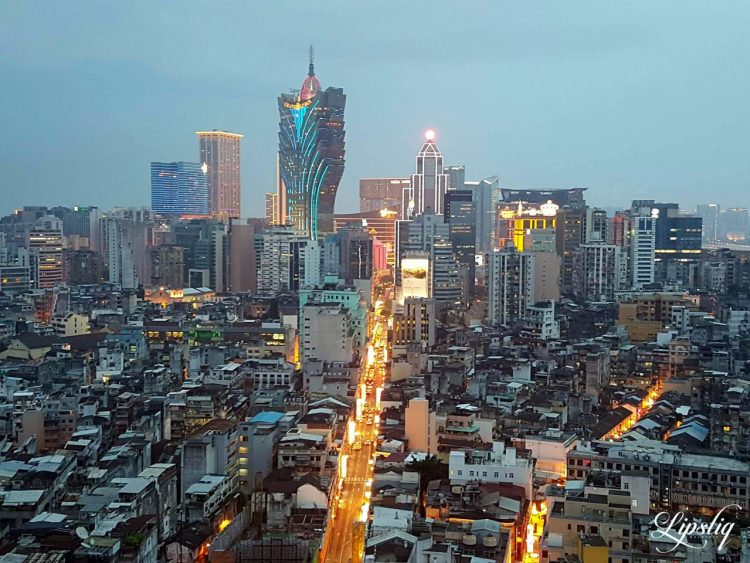 Dubbed as the Vegas of the East, Macao is a small Peninsula that is an integral part of mainland China, flourished as a major trade entrepot between China, Japan, India and Europe in the early 1550s. More than anything, Macao’s constant evolution is unmistakably attributed to its abundant history and rich heritage.

Beyond swanky casinos and neon lights, Macao is a melting pot of Chinese and Portuguese cultures run by the One Country, Two Systems policy. Albeit being part of China, Macao practices the Portuguese civil law, uses Portuguese as one of its official languages, and has its own currency – Pataca – accepted alongside Hong Kong Dollars.

Thanks to the Macao Government Tourist Office, we returned to Macao for the second year in a row back in May to experience its many wonders once again. It was truly an eye-opening and humbling adventure we are exceptionally grateful for. Here are little snippets of our travel, including hotspots we reckon you should visit: Senado Square – No first-timer to Macao misses the chance to pop by Senado Square. Paved with wave patterned-stone mosaic, this square has been the centre of Macao since the 16th centuries. It is a paramount gathering place for public events, festivities and even protests, with many other places of interest surrounding its archival architecture. Lilau Square – With a namesake translating to ‘mountain spring’ as it once was the main source of natural spring water back in the colonial days, Lilau is one of the first areas in Macao to be inhabited by Portuguese settlers due to its close proximity to the inner harbour. Its buildings and stone-paved streets around the square, still oozing olden day charm, easily became one of the most alluring highlights of our visit.

A-Ma Temple – Have you wondered how Macao got its name? This picturesque temple, which is the longest surviving building in Macao, is to be given credit. ‘Macao’ was transcribed by the Portuguese in the 16th century from ‘A-Ma Gau’ – the name of the temple. Many festivities such as the A-Ma Festival (paying homage to the Goddess of Seafarers) and the Feast of the Drunken Dragon (a tradition whereby locals dance with dragons to ward off evil and obtain blessings) are held there. MGM – A beacon of style and opulence, MGM is a five-star hotel resort that is heavily inspired by art and its effervescent attention to detail. It is home to an immense Art Space where we witnessed the Figures in Motion exhibition by French artist Edgar Degas. 74 posthumous bronze sculptures were showcased, and offered our inquisitive minds a piece of this artist’s aesthetics. For a mind-blowing dining experience with a universal buffet spread, check out Rossio at MGM. Macao Museum of Art and Macao Cultural Centre – Art aficionados would adore this art museum as the five-storied building showcases various exhibition areas detailing contemporary art, historical pictures and cultural relics by local and international artists. The art museum is situated alongside the Cultural Centre – a contemporary space used for programmes, conferences, exhibitions and performances, such as those from the 27th Macao Arts Festival.

Coloane Village – Take a stroll along this mellow countryside village to get a glimpse of Macao’s real heritage and you’ll appreciate its white and yellow neo-classical arches, colourful shops and restaurants, and vibrant temples along its narrow lanes. This serene and rustic fishing village is a must-visit to roam around at, and before leaving, do stop by Lord Stow’s to get your hands on scrumptious Portuguese egg tarts fresh from the oven. Macao Giant Panda Pavilion – Offered by the Chinese government to celebrate the 15th anniversary of Macao’s return to its motherland, two happy pandas Kai Kai and Xin Xin now reside at the Giant Panda Pavilion that was designed to best mimic nature for the pandas to be accustomed to. If you plan to visit, try your best to catch a glimpse of the pandas during their feeding times as they tend to be asleep most of the day. We really got lucky! Old Court Building – The Old Court Building is now repurposed to promote local visual artists through the Macao Annual Visual Arts Exhibition that’s divided into two categories – Chinese Painting and Calligraphy and Western Media. Admission to the exhibition, which lasts until 7 August, is free. Visitors will be able to admire creative works of art produced with varying materials through different unthinkable forms. Cunha street at Taipa – Certainly, we couldn’t leave out the nommies. Along this narrow yet lively street you’ll find a wide variety of local delicacies like almond cakes, peanut candies, pork jerky, egg rolls, and more, besides savoury foodstuff like economy rice and noodles, crab congee and pork chop buns. You can also shop for little knick knacks and souvenirs to carry home. Ruins of St. Paul – Built in 1602 to 1640 and then destroyed by fire in 1835, the Ruins of St. Paul is the remaining facade of the Church of Mater Day, perched on a small hill. Only the front of the foundation as well as its emblematic 68 stone steps are left behind and the towering facade showcases intricate Portuguese and Chinese influenced carvings. The ruins are always crowded during daytime, so we suggest going as it offers a totally distinct look and feel. Pier 16 Macau 3D World – Take gimmicky photos with wax figures of famous people such as Michael Jackson, Prince William and Kate Middleton, David Beckham, and Daniel Craig, or immerse into a miraculous dimension of posing with two-dimensional paintings that turn into 3D images through the use of optical illusions. It’s certainly a fun activity if you enjoy stuff like this.

The Venetian – Identical to the one in Las Vegas, The Venetian houses a casino, luxury hotel, indoor arena and shopping mall, elaborately designed based on architecture styles and influences of Venice, Italy. Its shopping mall comes with sky-painted ceilings and a glorious canal where you can take gondola rides complete with a serenading gondolier. Visit Golden Peacock, a Michelin-starred Indian restaurant in its vicinity serving fantastic authentic Indian food. Macao Science Center – The Macao Science Center spans across 20,000 square metres and consists of an Exhibition Center, Planetarium and Convention Center. Aside from its permanent galleries covering topics like Space Science, Robotics, and Genetics (DNA), the center hosts interesting interactive exhibits from time to time, such as Living Dinosaurs, aimed to educate visitors regarding the origin, species, habits, ecological environment and evolution of dinosaurs. Giant Rubber Duck – During our visit to Macao, we managed to catch sight of the 18-m high inflatable yellow duck designed by Dutch artist Florentijn Hofman. The display is part of his ‘Spreading joy around the world tour’ began in 2007 and has since toured in other cities like Shanghai, Hong Kong, Osaka, Amsterdam, Seoul, Sydney, Vancouver, Auckland and more. Taipa Houses-Museum – These houses were built in 1921 for the high superiors and Macanese families. It was then recovered in the 80s and remodelled in the late 90s for its quintessential architectural value and for visitors to distinguish prominent characteristics of typical Macao houses that often fuse together Portuguese, British and Chinese components composing of separate time zones. Museum of Taipa & Coloane History – Formerly the Island Council Building, this Portuguese-style museum was constructed in the 1920s and has a display of excavated relics, documents, artefacts, religious objects, handicrafts and architectural models that are an integral part of the history and culture of Coloane and Taipa. It provides visitors an overview and understanding of the modern political and economical development of the two islands.

Don’t forget to access the Macao Government Tourist Office website before you plan your travel itinerary to explore this exciting city!