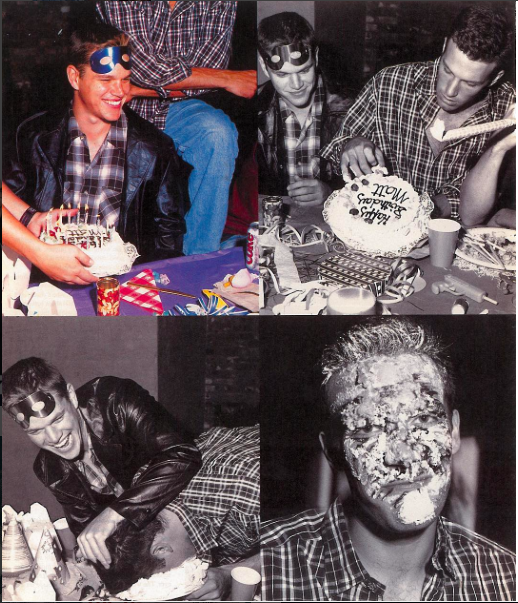 Who did you give a shoutout to on National Best Friends Day?

For actor/director Ben Affleck, it was his long-time bestie, Matt Damon. The new Batman posted a super-cute, nostalgic photo collage on his official Instagram account, and the photo has since garnered over 64K likes.

The caption on the photo collage is short and sweet: “This guy. #NationalBestFriendsDay.”

The photo was taken long ago on Matt Damon’s birthday, as the cake reads “Happy Birthday Matt”. The photo also shows Damon pushing his bestie’s face right into the cake, with a huge grin on his cheeky face.

Matt Damon and Ben Affleck both go a long way back. Both of them wrote and starred in Good Will Hunting back in 1997. The movie garnered an array of awards, including Academy Awards for Best Actor in a Supporting Role and Best Original Screenplay.