LOL! KFC Staff Accidentally Locked Up 5 Diners For Nearly An Hour In Singapore 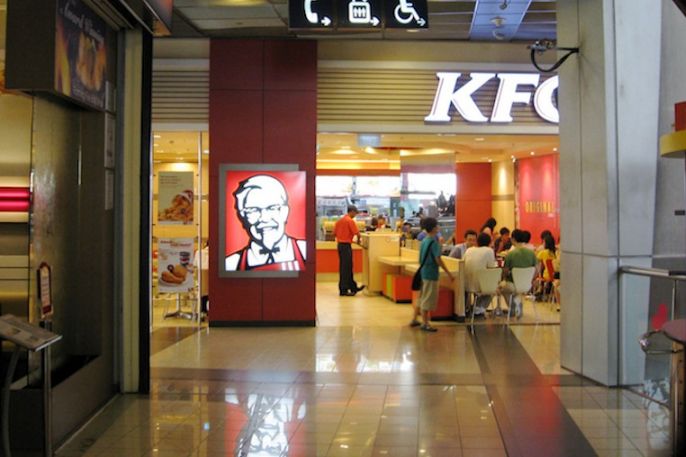 Employees at a KFC outlet in Novena Square, Singapore, locked up the outlet for the night without realising that there were still diners around, leaving five people trapped for nearly an hour just recently.

One of the customers said she was chatting with two friends and engrossed in conversation, they only realised that they were locked inside when she got up to dispose of her drink at 10.30pm.

The shutters were drawn completely even though the lights were still on. Two more customers were also stuck with them.

They sought help by shouting and pounding on the shutters but no one was outside. Eventually, they caught the attention of a group of students passing by the outlet.

The students tried calling the KFC hotline, looking for security guards and checking to see if the shutters can be opened, but to no avail.

The women then found a back door in the kitchen and got out at about 11.15pm.

KFC apologised and said, “We have followed up with the affected guests and have reinforced internal protocols to ensure the dining area is cleared prior to closure of the restaurant.”

The women who got locked inside said KFC offered them a free meal as a token of apology but she felt it was “not sincere”, so she chose not to accept.

To be honest, we’d fry up some chicken, eat to our heart’s content, and then call for help. Heh. At least we’d have a story to tell! 😛