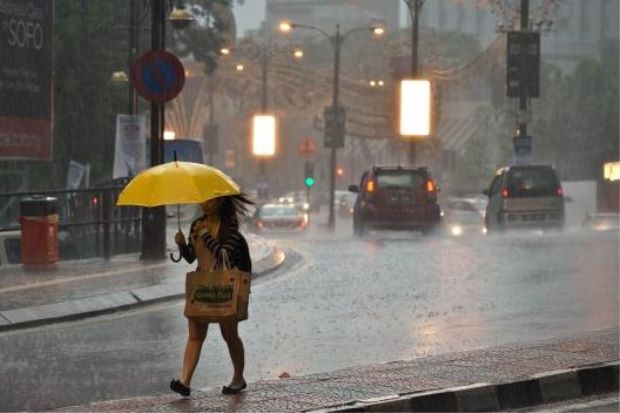 Malaysians can expect more rain in the next couple months as the La Nina phenomenon is predicted to hit the country early November, with more rainfall focused over Sabah and the eastern part of Sarawak. This could go on for up to 12 months, although its intensity can only be forecasted after October.

The strong La Nina phenomenon can also cut short the period of the Northeast monsoon and cause the temperature to drop by between 0.5 degrees Celsius to 2 degrees Celsius.

Malaysia is currently experiencing the Southwest Monsoon which is expected to last until mid-September 2016. Weather conditions are comparatively drier compared to other seasons. The dry and hot spell will prolong until September, which resulted in some schools to be temporarily closed.

Some water reserves also depleted, the haze returned and there was an increase in the number of bush fires due to the El Nino phenomenon.