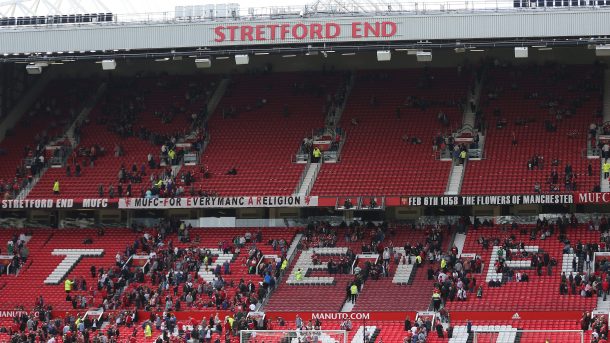 Just 20 minutes before kick-off for the last Premier League game of the season, Old Trafford was evacuated amid a security issue as a suspect package was found in its vicinity. The Manchester United vs Bournemouth game was ultimately abandoned. A controlled explosion was then carried out on the package by bomb disposal experts.

Update: Experts carried out a controlled explosion at OT on what has been described as an ‘incredibly lifelike explosive device’. #mufc

The entire stadium was cleared and police investigated the package by using sniffer dogs to search the area. They then called the bomb disposal unit. TV footage also shows fire engines arriving at the stadium.

Following the abandonment of #MUNBOU, the Premier League has issued the following statement… pic.twitter.com/ra4zOaWIwr

The Premier League said in a tweet that it would rearrange the fixture “as soon as practically possible.”

“When it comes to matters of security it is obviously right that Manchester United and the Premier League place the safety of supporters and employees foremost,” it said. “It is always the last resort to abandon one of our fixtures.”

It turns out that the suspicious package found at the Old Trafford stadium was a training device left behind by a private company after a training exercise.

An inquiry will look into who will be held accountable for the incident. Meanwhile, the Manchester United vs Bournemouth game has been rescheduled to Tuesday 20:00BST.

Clearly, this fiasco has caused massive inconvenience for supporters coming from afar to watch the match. United will be refunding all tickets and allowing ticket holders from both clubs in for free on Tuesday for the rescheduled match.

This gesture will cost United around £3m. Bournemouth will also be making an announcement on arrangements for fans who travelled all the way to watch the match.