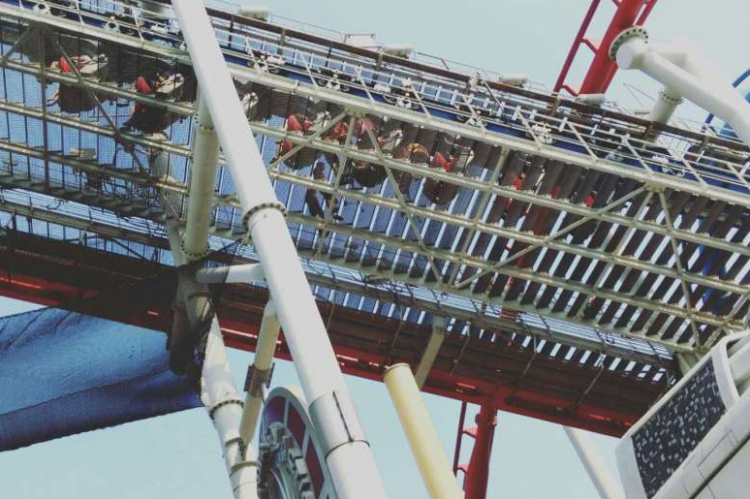 On Wednesday, the Battlestar Galactica ride at Universal Studios Singapore suffered a technical error and passengers were stuck in mid-air.

This isn’t the first time this ride had a technical issue, and a similar occurrence happened in 2010 when a seatbelt fell off during a safety check routine.

Thankfully, no one was hurt in this incident and the passengers were given proper safety instructions to disembark carefully from the ride later on.

During a separate incident in July 2013, the ride had to be closed down for quite sometime due to a review being carried out. After 22 months, the ride finally resumed operations in May 2015 and featured new two-seater cars instead of the previous four-seater ones.

Themed after the American science-fiction series about a war between humans and robots, the pair of duelling roller coasters climb to around 14 storeys, or 42.7m, at the highest point, travelling at up to 90kmh in 90 seconds.

We surely DO NOT want to be in their position, ever…