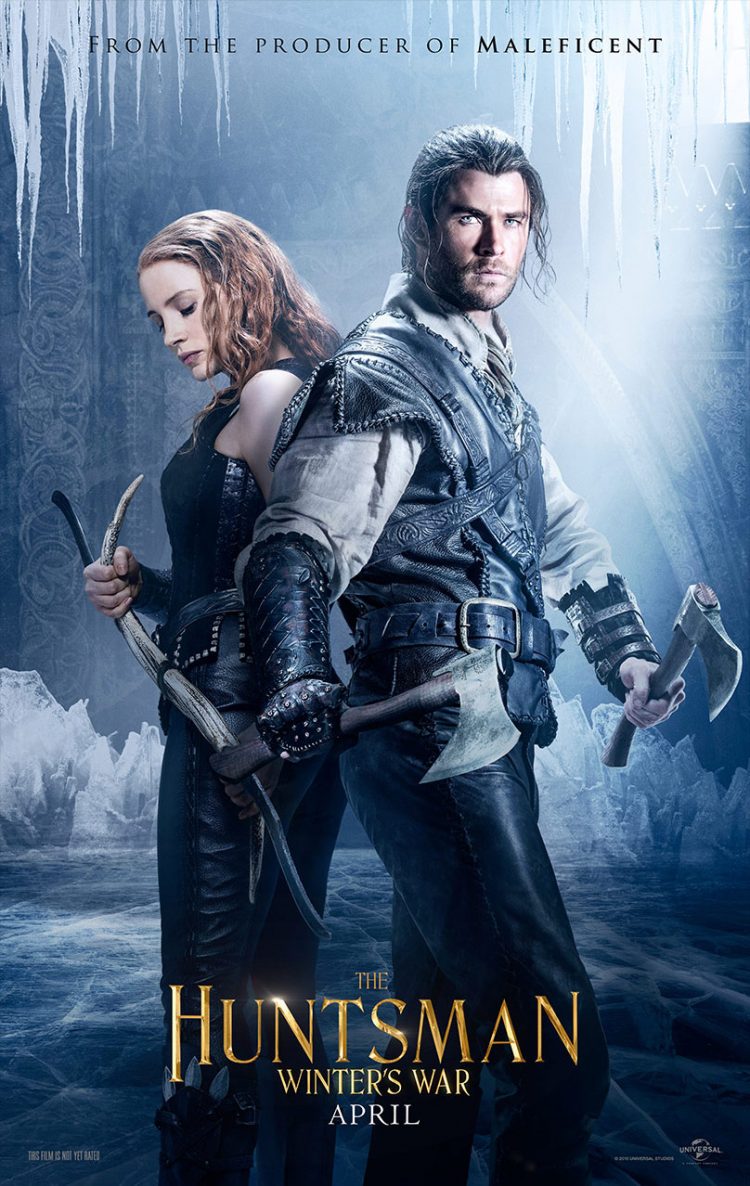 Epic action-adventure film The Huntsman: Winter’s War is coming your way on April 14th, and United International Pictures is giving you the chance to catch it one day ahead of its release with Lipstiq! Before we give you the deets on how to enter our giveaway, here’s what you need to know about the movie:

Directed by Cedric Nicolas-Troyan based on Evan Daugherty’s story, The Huntsman: Winter’s War expands the fantastical world of Snow White and The Huntsman to reveal how the fates of The Huntsman Eric (Chris Hemsworth) and Queen Ravenna (Charlize Theron) are deeply and dangerously intertwined.

When Freya (Emily Blunt), a young ice queen learns of the death of her evil sister Ravenna, she summons her soldiers to recover the Magic Mirror. After resurrecting Ravenna, the two wicked sisters gather a seemingly indestructible army that threatens the kingdom. Only the skills of The Huntsman Eric (Chris Hemsworth) and Sara (Jessica Chastain), two warriors who defied Freya by falling in love, can save this enchanted land from the forces of darkness.

Here are the premiere screening details you need:

To enter our giveaway, just fill in this form! 😉