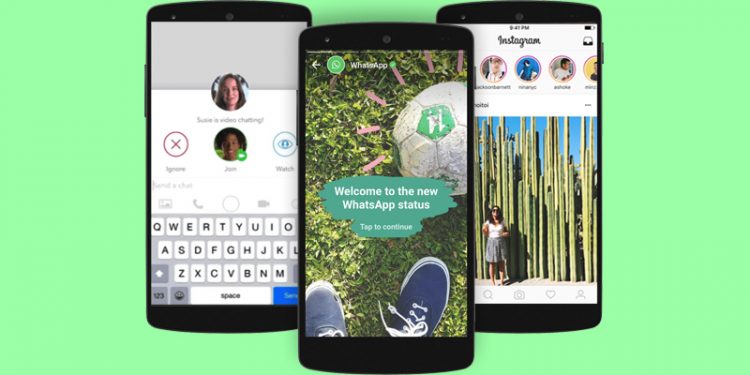 In a server-side update, social messaging app WhatsApp has announced a Statuses feature that lets you share multimedia such as photos, videos and GIFs as your ‘status’. If it sounds familiar, that’s because it looks an awful lot like Snapchat, Instagram Stories and Facebook Stories.

All your contacts, unless blocked, will be able to view your multimedia Status, which allows for creativity as users can add text, emoji and drawings onto the images and video. Similar to the other popular social media counterparts, the multimedia messages expire after 24 hours and people can reply to your posts too.

In a blog post, the team behind Facebook-owned WhatsApp explains that the new feature is a throwback to the original purpose WhatsApp was intended for when it was launched eight years ago, essentially to share what you were up to with a single update. Messaging only came later.

To use the feature, just find the Status tab on WhatsApp to view your contacts’ updates and to share your own. The WhatsApp Statuses feature is now available on iOS, Android and Windows Phone. If you have yet to see it, simply upgrade to the latest version.