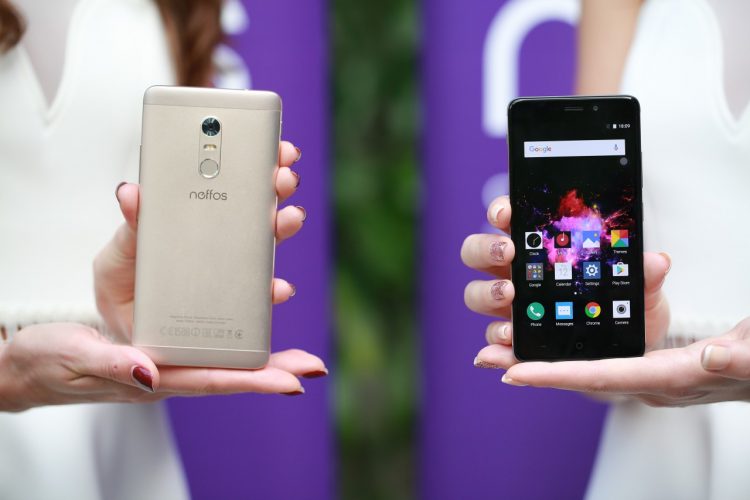 Neffos recently launched what seems to be 2017’s most sleek and affordable smartphones.

Curated with only premium materials, the Neffos X1 and X1 Max features metallic body exteriors that were inspired by the rocks found in streams – smoothed by the water over time without losing their mettle. The dual-curved back tapers towards the sides and allows for a more user friendly and ergonomic grasp. The subtle curves also makes the X series easier to operate by using only one hand.

With a rear camera of 13-megapixel Sony sensor with flash, 5P lens system as well as fast PDAF (phase-detection auto-focus) accurately by 0.2 seconds, the X series makes capturing moments in a blink of an eye (literally). In addition, the camera also include the standard features such as HDR, Time Lapse, and Panorama. The live-shooting mode crosses over to the 5-megapixel front camera, and the Real-time Beautify mode makes for flawless selfies.

With its super-fast fingerprint ID locking system, the Neffos X series provides an added security benefit as the phone unlocks with a touch in just 0.2 seconds. The screen makes use of a full in-cell technology with “touch and display driver integration” (TDDI), which provides high control precision in games and apps, and seamless screen integration for a much improved visual experience while also extending battery life.

The Neffos X1 and X1 Max runs on the Octa-core MediaTek Helio P10 chipset with up to 4GB of RAM and 64GB of internal storage, which can be expanded with a microSD card up to 128GB. The phones supports dual-band Wi-Fi and multiple LTE bands for fast internet access where available, thus capable to handle anything from typical smartphone activities, like web browsing and video streaming, to demanding games. The Neffos X Series also comes with a two-year warranty for you to enjoy a peace of mind while owning a Neffos smartphone.

In addition, an exclusive online promotion will be launched on Lazada.com, where the first 50 buyers will have the opportunity to own the Neffos X1 2GB RAM with 16GB ROM Cloudy Grey along with a bundle of other attractive accessories such as a Groovi Bluetooth Speaker worth RM159, a phone case and screen protector.

The Neffos X1 is now available at all authorised Neffos retailers and resellers nationwide while the X1 Max will hit the stores in March 2017. For more information, log on to Neffos’ web or Facebook pages today.