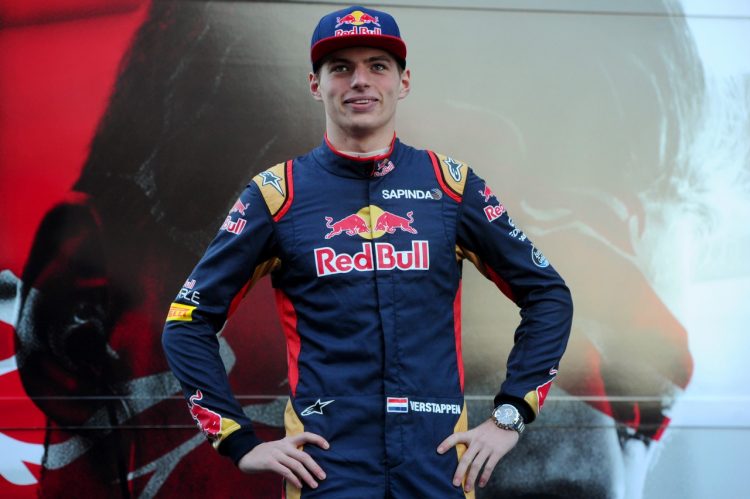 Phewww… Hunky F1 racers and swanky watches? Sign me up!

Casio Computer recently announced that it signed a two-year agreement with Formula One team, Scuderia Toro Rosso as its official partner. The Italian Formula One racing team is enjoying the limelight with its lineup of up-and-coming drivers including Max Verstappen, one of the most promising drivers at the age of just 18 years old! The Dutch, who is the son of former F1 driver Jos Verstappen, is the youngest World Championship Grand Prix driver in the history of the sport. Together with his teammate, the talented Carlos Sainz, son of the former double World Rally Champion title, Carlos Sainz, joined Toro Rosso for his debut in Formula One just last year where he demonstrated his talent and experience in the sport. Under the concept of “Speed and Intelligence,” the EDIFICE brand portrays velocity and energy that is found in motorsports. With their bold designs and varied functions, EDIFICE watches  will sure win the heart of motorsports enthusiasts.

Franz Tost, Scuderia Toro Rosso’s Team Principal, added, “We are delighted to be partnering with a brand like EDIFICE that dynamically captures the spirit of technical innovation in the pursuit of advancements. We look forward to working with EDIFICE.”

The Edifice EQB-500D will be available at G-Factory and authorized dealer shops at a price of MYR 1,801.