Connor’s Perfect Pour Battle will premiere in less than 24 hours! 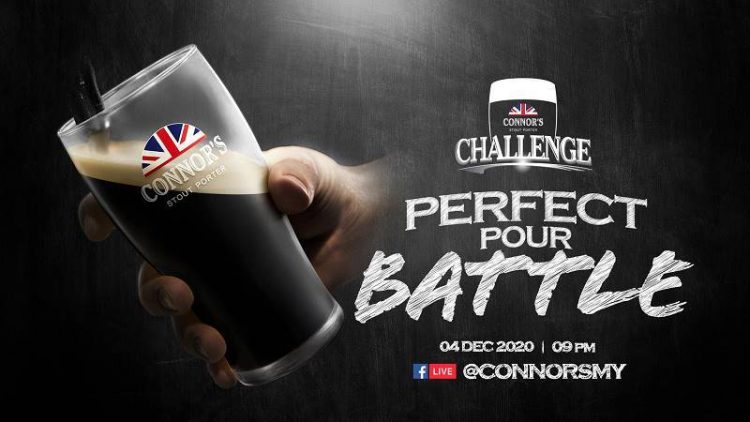 Inspired by the original British Stout Porter recipe, Connor’s Stout Porter will be launching its ‘Perfect Pour Battle’ virtually this year! Aimed at educating and elevating the brand promise of a stout Just Made Right, the Connor’s Challenge campaign aims to showcase the art of pouring a perfect pint of Connor’s.

Save the date, and to tune in on 4th December 2020 at 9pm on Connor’s  Facebook at bit.ly/ConnorsPerfectPourBattle! Viewers* can win the exclusive Connor’s Bomber jacket, and of course, FREE Connor’s redeemable at participating outlets! *Only for non-Muslims aged 21 years old and above, T&C apply. 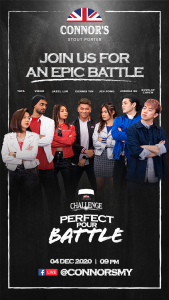 “The Connor’s Perfect Pour Battle was crafted with stout lovers in mind to bring a fun and engaging brand experience virtually while staying connected digitally now more than ever. To make #StayHome moments better for our fans nationwide, this virtual event promises an interesting form of edutainment as you learn the art of brewing and pouring a draught stout.”, said Caroline Moreau, Marketing Director of Carlsberg Malaysia.

This year marks the fifth anniversary of Connor’s Stout Porter in Malaysia, a brew inspired by the original British Stout Porter recipe from the 1700s. Connor’s is brewed using premium quality ingredients such as lager malt, caramel malt, brown malt and roasted barley.

Savour a premium draught stout that boasts a creamy head and gentle roasty undertones with a unique balance of bitterness and robustness at participating outlets on tap near you.

Tune in to Connor’s Facebook on 4th December at 9pm for a whole new Connor’s Challenge experience. Stand a chance to WIN stylish Connor’s bomber jackets and free Connor’s pints!