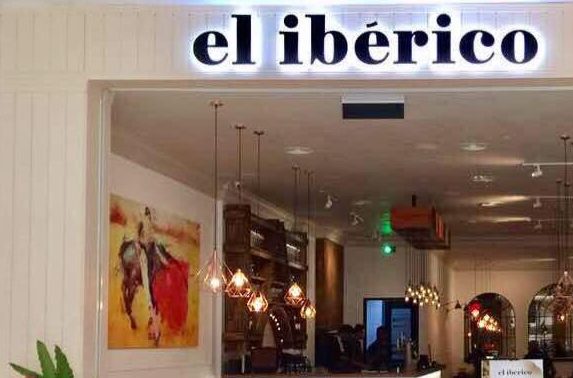 At the very top of the porcine food chain sits the black-skinned Iberian pig that is native to the Iberian Peninsular dividing Portugal and Spain in Europe. While its mainstream white counterparts are often deemed unclean and unhealthy to consume, the exact opposite is deduced for the Iberico pigs due to its intriguing genetics.

Within the first 18 months of life freely foraging through opens fields, these highly prized pigs are able to biologically metabolise every morsel they consume into healthy fats and fatty acids, infusing the flavours of the feed they consume into their flesh, be it apples, acorns, grains, corn or wheat. The result is rich, decadent meat unlike any other.

That’s not the only reason these pigs are so sought after. Akin to that of olive oil, the fats produced by the Iberico pig is composed of a majority of oleic acid, a mono-saturated omega-9 fatty acid boasting a plethora of health benefits including the reduction of blood pressure and cell protection from free radical damage. It’s surprising coming from a hog. We evidently couldn’t pass on the invite when Pavilion Kuala Lumpur’s el iberico invited us for a taste test of its specialty Iberico as well as to preview its latest menu additions. el iberico certainly isn’t a new kid on the block having been established in 2017, however its Spanish-bred, free-range, acorn-fed pata negra was immensely enticing.

The highlight of its repertoire of offerings is of course its signature Iberico Ribs, with two of its most on-demand flavourings being Herbs & Spices and Beer & Honey Mustard. Minimally seasoned and marinated for 24 hours before being simmered in the oven and finished on the grill, these finger-licking good ribs are nothing short of delightful. On the outside, the irregular charring packs extra oomph, but the real flavour lies within the well-balanced meat. Tender, juicy, sweet yet savoury, the natural taste of the meat shines through without anything else overpowering its superiority. Albeit rich and greasy, it never got cloying even after one too many helpings.

Other temptations on the menu comprise starters, soups and salads, other meats, carbs such as pasta and paella, as well as a small selection of desserts. To start, the Tapas Platter is an all-rounder in itself with a refined medley of textures from the smoked duck breast, seared seafood, ham and melon, and crispy belly strip. The full-flavoured soups – wild porcini mushroom and roasted pumpkin – also caught our attention for being generously seasoned, comforting and deliciously creamy. The pastas – Aglio Iberico Pork Bacon and Squid Ink Spaghetti – were a bit of a letdown unfortunately for lacking flavour and substance. Instead, go for the luscious Wild Porcini Mushroom Risotto.

Luckily, el iberico’s wholesome mains are equally as alluring as its ribs. The Grilled Chicken with Mushroom is bursting with flavour from the porcini mushroom sauce, whereas the Grilled Australian Beef Tenderloin, grilled to mouth-watering medium-rare doneness, was vastly satisfying paired with the divine red wine reduction.

We sealed off the meal with sinful treats – the Apple Crumble and Chocolate Lava. Both weren’t excessively sweet, although the chocolate lava is the clear winner here. There were hits and misses overall, and we’d definitely recommend being smart about what you order. The ribs and other meat options though? Hell yes. Don’t miss out on those.

Many of these offerings will only be made available from June 2018 onwards. el iberico is located at Lot C4.05.01 of Pavilion Kuala Lumpur. For inquiries or reservations, call 03-21102631 or contact the team via Facebook.