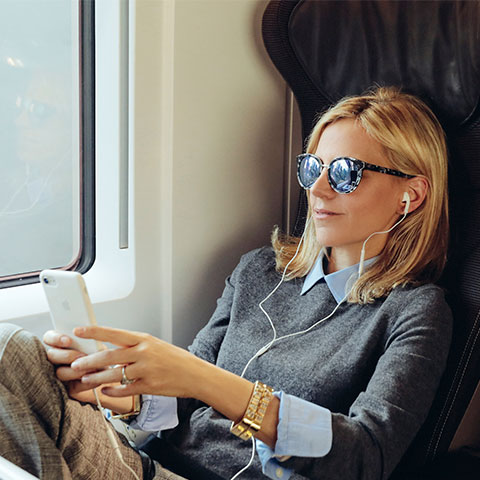 Tory Burch is woman of great taste, evident from her timeless designs. Now, the designer extraordinaire takes her taste-making skills up a notch as Apple Music‘s newest curator.

Burch will be sharing some of her favorite music—from hip-hop and new wave to classic rock and soul—on the streaming service. Updated every few weeks, her playlists will range from travel escapes to sport soundtracks, reflecting the spirit of the brand rooted in contrast – feminine yet tomboy, polished with a sense of casual ease.

The collaboration launched on June 21st with two playlists. The first, entitled “Summer Travel” includes some of Tory’s favorite songs to take on a trip – from Kanye West’s “Hey Mama” and Led Zeppelin’s “Going to California” to Manu Chao’s “Bongo Bong” and Lou Reed’s “Walk On the Wild Side”. The second playlist, entitled, “Love Divine” is a collaboration between Tory and one of the greatest loves of her life: her son, Henry.

Tory was in ninth grade when she attended her first concert in Philadelphia – the Grateful Dead. It was the beginning of a lifelong love of music, which fuels her personally and professionally. Since then, she’s collaborated with artists such as Kool & The Gang, questlove, Q-Tip of A Tribe Called Quest, Salt-N-Pepa and Ms. Lauryn Hill, and frequently features upcoming talents in her online magazine, Tory Daily.

For a selection of playlists by Tory Burch, access here.