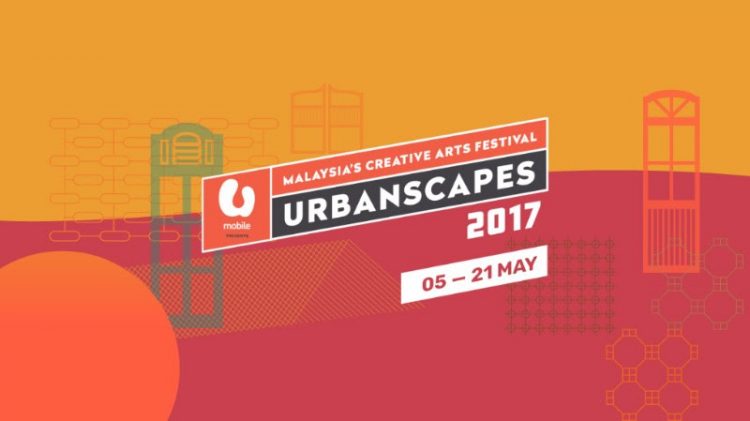 Urbanscapes has revealed its first lineup for this year’s show, and it’s a doozy! Back for the 15th year now, Malaysia’s finest creative arts festival is set to hit the urban centre of Kuala Lumpur for a three-week long creative arts celebration, starting from 5th – 21st May 2017.

Art attendees, festival-goers and pop culture vultures of all ages can look forward to explore and experience the various music and performance art, art installations, talks, thematic markets, workshops as well as interdisciplinary events headlined by homegrown and international scene-shakers. Urbanscapes House (5 May) – To kick off the celebrations, HOAX Vision presents an invite-only opening party, HOAX In The House, featuring a long lineup of the city’s best up-and-coming young’uns, such as Jaggfuzzbeats, lurkgurl, Orang Malaya, Viktoria, Youth Portal, Afaro and Naufal & I-Sky.

KL Live (10 May) – This year’s headliners include the insane triumvirate of Danish prog-rock trio Mew, who will be performing with Indonesia’s finest ambient rock group The Trees & The Wild on Wednesday night.

The Bee, Publika (12 May) – The rest of the slate is equally eye-popping, with Indonesian folk-pop duo Stars and Rabbit set to perform with Malaysia’s very own experimental electro-pop singer-songwriter, Venopian Solitude.

KL Live (18 May) – British electronic music outfit, Clean Bandit is set to take the stage at KL Live on Thursday with their brand new classical-fused feather-light pop, tailored for the dance floor. For the entire duration of the festival, the basement at Urbanscapes House will be the hub for COLLECTIVE | Individuals, a visual arts project which co-curate and co-organise group exhibitions, in continuing to diversify and enrich the local arts ecosystem.

Curious collectors and connoisseurs can head over to Urbanscapes House or Medan Pasar on 13 – 14 May, as they will find plenty to shop and swap at Patina by The Fine Companions, a market showcase of vintage clothing, leather works and vinyl goods. Don’t miss out to participate in #ThisIsKualaLumpur, an enthralling photo project that includes a photography exhibition at Urbanscapes House which captures the chaos of the rapid urbanising community, as well as day and night photography walking tours around the city.

That’s not all. Curated by Paras Bunyi, an experimental crossroad of art that converges cutting-edge design, sound and technology, Immersio, will be displayed at Urbanscapes House throughout the three-week festival, featuring masterpieces by visual artists of all stripes, Orang, Slutski, Space Gambus Experiment, VMPRMYTH, Xes Xes Loveseat and more.

P/S: Good news if you’re using U Mobile, as subscribers will be able to enjoy a minimum of 10% off ticket prices. Simply go to the MyUMobile app to redeem the discounts.

Stay tuned as more lineups will be announced soon. Festival passes will go on sale Friday, 10 March 2017. Get your festival fund ready!