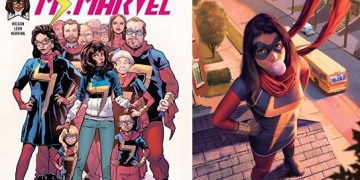 This Is Huge: Marvel Confirms The Addition Of A Muslim Superhero To MCU

This Is Huge: Marvel Confirms The Addition Of A Muslim Superhero To MCU 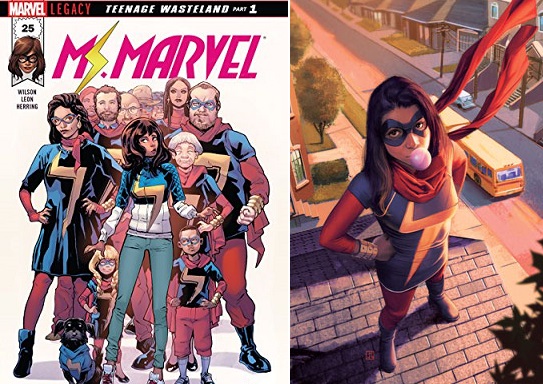 The Marvel Cinematic Universe is currently home to many peculiar characters of diverse ages, colours, races and eccentricities under one roof, but it’s about to get even better as Marvel has just hinted about the addition of a Muslim superhero, Ms. Marvel, otherwise known as Kamala Khan!

The teenage American Muslim, Ms. Marvel, debuted in 2014 when she discovered she had shapeshifting abilities, making her a superhero. She belongs to the Inhuman gene pool, in which other superheroes like Medusa, Maximus the Mad and Black Bolt are a part of.

Marvel boss Kevin Feige said of the new addition, “Ms. Marvel, which is another character in the comic books, the Muslim hero who is inspired by Captain Marvel, is definitely sort of in the works.” As of now, Captain Marvel, played by Brie Larson, is being introduced, but Ms. Marvel is so going to be worth the wait!

Marvel has a lot going on right now with so many projects including Captain Marvel, the second part of Avengers: Infinity War, Ant-Man, Spider-Man: Homecoming as well as the third instalment for The Guardians of the Galaxy franchise. It is not known whether Ms. Marvel will debut via a TV show or in a film with the Avengers, but we’ll see.

We’re so stoked for Muslim representation in the MCU. It’s been a long time coming, don’t you think?