The actress reveals what happened behind the camera

Ever since the series made its debut three years ago, there have been many moments that literally had us at the edge of our seats. The merry-go-round episode with Cassie, the Jules-Nate, Nate-Maddy scene and oh, how can we forget the episode five chaos following Rue’s great escape? However, the latest episode was something else. Writer Sam Levinson shocked us with a Russian Roulette scene between two ex lovers, Nate and Maddy.

In the scene, the high school footballer breaks into his ex-girlfriend’s home with a gun. After asking her for a CD she stole which contains footage of his father having sex with fellow student, Jules, he empties the gun of bullets and appears to put one into the gauge.

Then, he lays on top of her and pulls the trigger on her once – empty. He then pulls it on himself several times – again, all empty. Maddy is incredibly distressed and eventually tells him the CD is in her bag. Nate then grabs the CD and leaves the room, but not before glimpsing Maddy lying on the bed sobbing, clearly traumatized by the experience.

As if that wasn’t enough, the actress who plays Maddy revealed to Entertainment Weekly that the uncomfortable scene with Jacob Elordi (who plays Nate) was every bit as brutal as you’d expect to film in real life. “Not only because of the gun to my head, but because it was choreographed in a really specific way. We had to move with the camera movements and it was really broken up, and so it took us two days to shoot. It was basically all we did all day on those days,” she explained.

nate is actually insane for this.. poor maddy 💔 #Euphoria pic.twitter.com/PzwEdUMttW

Alexa added that the pair were given hardly any time to prepare for the scene: “We kind of just jumped into it. We were really figuring it out as we went on and as we were shooting it. Sam was discovering new things with the camera, and Jacob and I were discovering new things with the dynamic between us. […] And then during, I mean, it’s such an intense scene that when you’re not filming — because when they break, they’re figuring out light and there’s a lot going on — as an actor you just have to try to stay in your own world, and I’m definitely not the type of actor that can just break a scene like that and start laughing and joking. I have to kind of stay in my own world and tune everyone else out.” 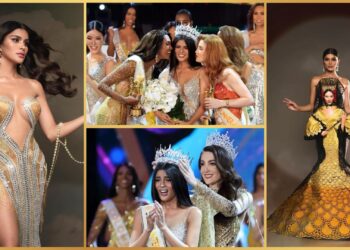