There are other suggestions... 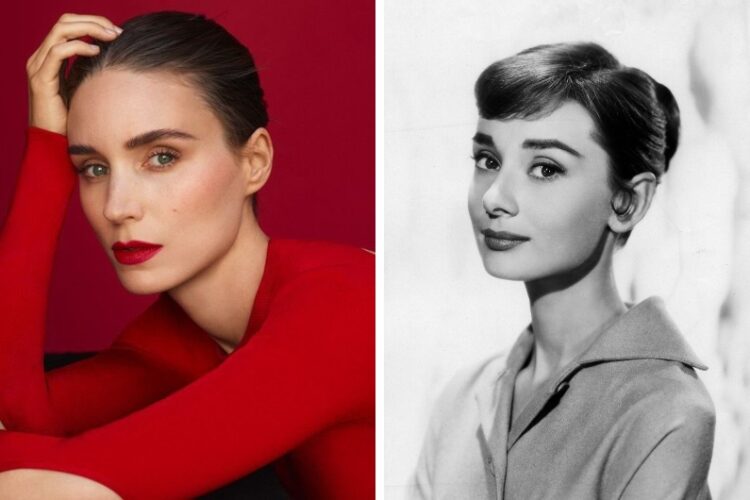 Looks like Old Hollywood’s leading lady, Audrey Hepburn, is set to get her own biopic (finally), and modern-day Hollywood has chosen the talented Rooney Mara to portray the Breakfast at Tiffany’s star. However, news of Mara’s selection was met with some controversy online. Here’s what we know about the upcoming Hepburn project, set to land at Apple – as well as the backlash over Mara’s casting.

On January 7th, Deadline reported that Oscar-nominated filmmaker Luca Guadagnino (Call Me By Your Name) will lead the film for Apple, with Mara acting as a project producer. Michael Mitnick, known for his work on Vinyl and The Giver, will pen the script. Though no release date has been announced just yet, fans have begun to show their frustration online.

They argue that Mara bears no resemblance to Hepburn. Fans of Lily Collins (the actress best known for playing Emily Cooper in the hit Netflix drama Emily in Paris), felt the role had been stolen from their idol, who also shares many of Hepburn’s iconic features. (There’s even evidence that Collins is related to Hepburn).

Here are some of the reactions.. *sips tea*

Lily Collins did everything except produce a biopic starring her as Audrey Hepburn. I know she mad Rooney Mara beat her to the punch. pic.twitter.com/x7YdPOpwCl

no one thought kristen stewart could pull off playing princess diana and she nailed it. lily collins would have 100% done the same with the audrey hepburn role if she had the chance. pic.twitter.com/AvwlbyIn5o

lily collins was born to play audrey hepburn and yes she does have the range. i said what i said pic.twitter.com/WQWejZwqlE

Anyhow, it’s still unclear which parts of Hepburn’s life the film will cover. The legendary actress lived a dramatic and worldly life, and Apple has yet to reveal whether the biopic will attempt to cover all of it.

Over the course of decades in Hollywood, Hepburn became one of a handful of actresses to ever notch an EGOT, but she was also a dedicated humanitarian and a fashion icon, having made the International Best Dressed List in 1961.

If anything, we here at Lipstiq are excited to see the delightful costumes in the biopic. They better not disappoint us!