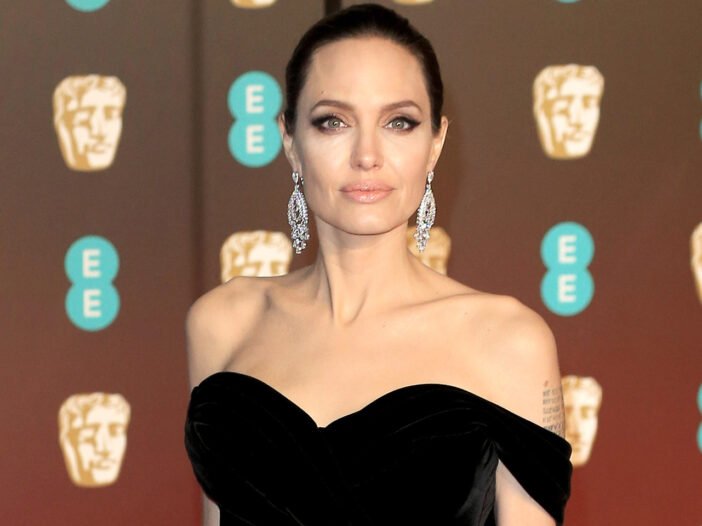 It comes to no surprise that Angelina Jolie’s stardom, power and voice is as strong as ever. If you’re not convinced, allow us to do the sharing with you. For starters, Jolie’s arrival on Instagram could have jammed the system because it was a smashing record!

The Instagram debut record-holding queen with the quickest account to reach one million followers was none other than Jennifer Aniston. Her mind-blowing record which sat at five hours and 16 minutes when she announced her arrival on the platform sharing a picture of her fellow Friends cast with the caption ‘And now we’re Instagram FRIENDS too, HI INSTAGRAM.’

If you imagined Jolie doing something similar by sharing a picture of her posing in a killer dress with her pals or some kind of reunion, you’re mistaken. The actress joins Instagram with a powerful post to the world which triggered every emotion in our body. Her Instagram account skyrocketed as soon as she announced it, with over 2 million followers in just 3 hours. It only comes to show how impactful, humbled and down to earth the actress is.

Her tear-triggering post was a letter written by a young Afghan girl expressing her fears over life under the Taliban.

In the caption to her post, she wrote, ‘Right now, the people of Afghanistan are losing their ability to communicate on social media and to express themselves freely. So I’ve come on Instagram to share their stories and the voices of those across the globe who are fighting for their basic human rights.’

Aside from being super-talented and one of the most beautiful faces in Hollywood, Jolie has also dedicated her life as a humanitarian activist having acted as Special Envoy to the UN High Commissioner for Refugees since 2012.

By joining Instagram, Jolie hopes that her fans and everyone around the world would come forth and join her in helping those in need. She writes on her post ‘Like others who are committed, I will not turn away. I will continue to look for ways to help. And I hope you’ll join me.’

The star is definitely going to be making a good use of her Instagram account by actively focusing humanitarian-related work, Do follow her if you haven’t! 🙂