Unusual Places Celebs Have Shagged In! 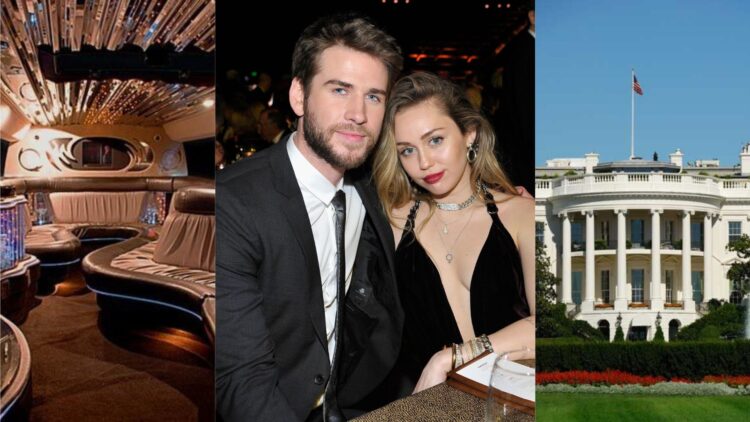 So, if you’ve ever wondered where celebrities do it, keep on reading, cause boy do I have some tea for you!

1. In A Limo On The Way To The Academy Awards

Banging in a limo is no biggie, honestly – but doing it in a limo, after getting all dolled up to attend an awards show – that just doesn’t seem right. Well, if you were wondering who we’re talking about, it’s the star of the famous Oscars slap show (sorry, I just had to) – Will Smith and Jada Pinkett Smith! Chris Rock wasn’t the only person Will Smith slapped, because apparently, back in 2009, he was also slapping Jada’s butt cheeks in a limo on the way to the 2009 Academy Awards.

The poor limo driver’s ears. He now has to live with it for the rest of his life!

2. At A Family Gathering

This one isn’t that bad, but it still doesn’t escape the list. What would make someone think it would be a great idea to get laid at a family gathering when all your relatives are literally a room away? Apparently, it was a great decision for Christina Aguilera and Matthew Rutler. I guess relationships are all about taking risks. But this one is just a tad riskier – I mean, imagine boning on your grandparent’s toilet, or worse – what if your little cousin walks in on you? Way to go for ruining a kid’s childhood.

Wow! You know what, ya’ll – we gotta give this to T.I and Tiny cause that is a brave and admirable move – if I do say so myself. When your significant other is in jail, I suppose one would take the time and spend it with him/her. But not for Tiny Harris. When she visited her boo in jail, they found themselves in a room and decided to hit it then and there. And, of course, they got caught. That’s not even the worst part – upon getting caught, T.I was then sent to a “Special Housing Unit”.

Not sure if we should laugh this out, or face-palm ourselves.

Why not, right? Rapper Danny Brown admitted that he is “used to getting blown on stage”. Not sure how and when, but he also admitted that it’s definitely a weird place to have sex. I think its safe to assume that he’s been doing it for a long time and is a pro at it.

5. Underneath A Table At Vanity Fair’s Oscars Party

I guess parties and awards are go-to places for celebs to shag. These were the days Miley Cyrus was a twerk queen and wearing outfits that barely covered her nipples; and Liam Hemsworth had the hots for the bad bish he was dating. Although nothing was confirmed – neither denied – this was definitely the talk of the town back in February 2012.

Apparently, the Royal Albert Hall is one of the UK’s most treasured and distinctive buildings, as well as a concert hall. Brad Pitt & Sinitta made some memories there when they had sex in a private box (whatever that is). You know what – when you go to places that are cherished and iconic, you make unforgettable memories and these celebs are doing it right!

The audacity – or should I say – courage? When I am in a parking lot, I get pretty annoyed when people pass my car while staring at me. And then there is Kat Graham, an actress who revealed that she once had sex in a crowded parking lot. I have a lot of questions in my head begging to be answered, but let’s just leave it as it is.

Ashley Graham, the supermodel, confessed on the “Let’s Get Sexy” segment of Watch What Happens Live, that she had “gotten busy” with her partner in the ocean on New Year’s Eve. Not even by the beach ya’ll, in the damn ocean!

I cannot imagine what underwater creatures now think of the human race. Not that they don’t know how nasty we are, but can’t these people just get a room or something?

Apparently John Legend’s wife, Chrissy Teigen, thinks the craziest place she and her husband ever had sex was during their first class flight – yup, the mile high club. Chrissy and John were on their way to meet her parents in Thailand, when she and her husband had gotten intimate with each other under the blankets on their sky-high adventure. And she thinks they should get a trophy for it. I don’t have a trophy, but good job Chrissy!