From nail arts to acrylics, scroll down to see which male celebs are showing off their fabulous nails.

If Machine Gun Kelly’s – or MGK – wicked sense of style doesn’t enthrall you, his nails will. The artist loves to show off his nail art whenever he gets the chance, whether it be on his Instagram or on a red carpet.

His love for nail polish doesn’t end there, as he also just released his very own nail polish line, UN/DN LAQR, in hopes that his fans will also be able to freely express themselves just the way he has.

Bad Bunny has been dabbling in the world of fashion, attending events in the most bizarre – yet oddly interesting – garments that work perfectly for him. He always finishes his entire look with doing his nails – whether they be neon claws or holographic nail polish. It’s safe to say that the Puerto Rican rapper is set to be a fashion icon in the near future – with fabulous nails, of course.

We absolutely adore everything about Harry Styles, from his perfectly enchanting voice to his adorable nail arts. Harry Styles never leaves his house without wearing nail polish, and the fact that his fingers look good with them makes it even better. Much like MGK, the sensational singer also launched his own nail polish, called Pleasing, for fans to have fun decorating their nails like his.

Another rapper who doesn’t mind having his nails painted is A$AP Rocky. The American rapper struts the streets in the most lavish outfits with the fiercest nails to match (the nail art often differs from one finger to another). He advocates for men delving into doing their nails without ever sacrificing their masculinity – and we love seeing it. 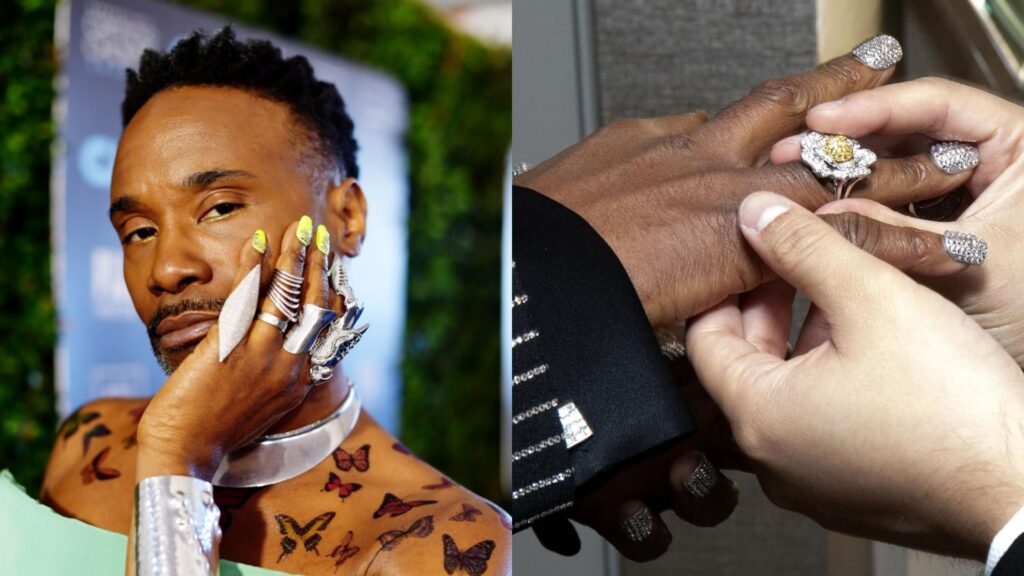 We all know by now how Billy Porter always attends an event with a full, gag-worthy get-up and he almost never forgets to include his nails as well. Icing his nails with diamonds is a signature style of his, and it’s only fitting that the award-winning actor wears the most opulent nails to complement his spectacular ensembles.