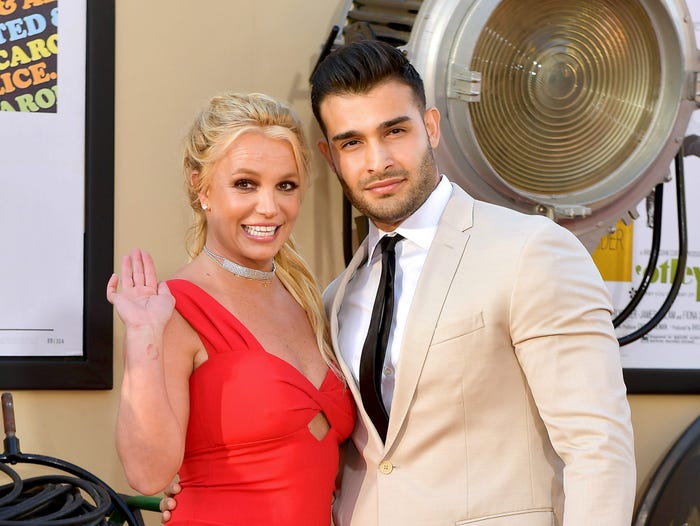 The pop star got her fans excited after she broke the news of her engagement on Instagram where she showed off her new diamond ring alongside with her now-fiancé.

Britney Spears is now officially engaged to her longtime boyfriend, a model and fitness trainer Sam Asghari. The news comes as no surprise as the couple have been dating since 2016, after meeting on Britney Spears music video for “Slumber Party”. Asghari has not left Spear’s side since then, battling through emotional and trying years together. In her Instagram post, Spears flaunts her new diamond engagement ring with the caption, “”I can’t fucking believe it 💍💍💍💍💍💍❣️!!!!!!,”. In the video, Spears is seen happily showing her ring, designed by New York City jeweler Roman Malayev, with Asghari by her side. She gives him a quick kiss before ending the video.

Brandon Cohen, Asghari’s manager, confirms the news to People saying in a statement, “The couple made their long-standing relationship official today and are deeply touched by the support, dedication and love expressed to them.”

Asghari also shares the big news on his Instagram with a picture of them sharing a kiss in the background and Spears cheekily showing off her huge rock, in her fiery red French manicure. He kept his caption simple with two emojis, writing “🤴👸 @britneyspears”.

We wish the couple a happy and blessed life together!