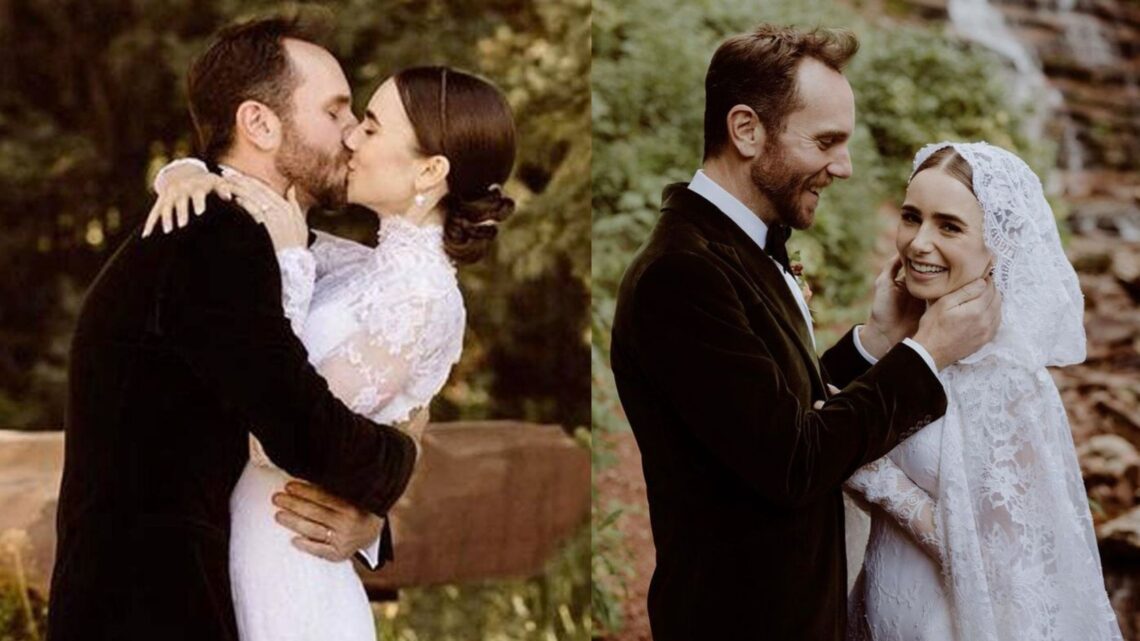 With an enthralling wedding shot, the “Emily in Paris” star announced that she and writer/director Charlie McDowell married after a year of engagement.

Along with a photo of the two kissing, Collins wrote, a touching message on how special her wedding day is. The couple can be seen kissing beneath a fairytale-like waterfall in Dunton Hot Springs!

McDowell also released a set of wedding images of the couple in a romantic Colorado ceremony.

Last September, Collins confirmed her engagement to McDowell, the son of actors Mary Steenburgen and Malcolm McDowell, via Instagram. The couple had been dating since the summer of that year, according to reports.

“I’ve waited my whole life for you, and I can’t wait to spend the rest of our lives with you…” she captioned a sequence of photos, one of which showed McDowell down on one knee! prior to her engagement.

Jeezzz, she really did find the prince charming that clearly swept her of her feet!!