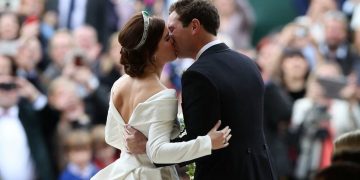 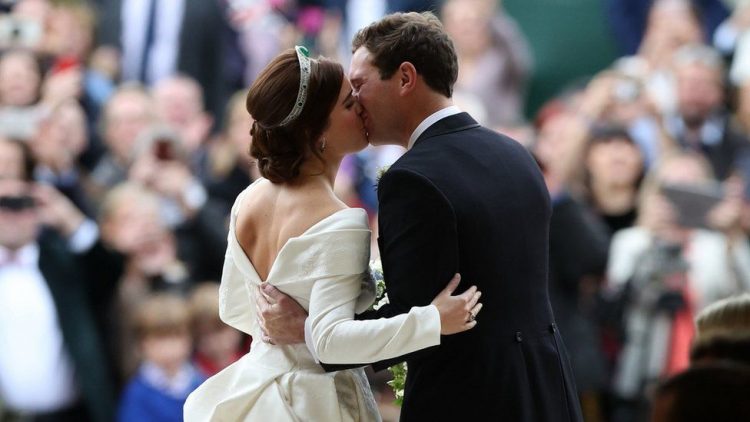 2018 surely is no less than exciting. After a wondrous royal wedding between Prince Harry and Meghan Markle, now the Duke and Duchess of Sussex, we were fortunately blessed with one more unforgettable royal affair – Princess Eugenie and Jack Brooksbank are now officially married!

Of course, it was nothing short of spectacular. Aside from the star-studded guest list including Demi Moore, Liv Tyler, Cara Delevingne, Naomi Campbell and more, the two-day celebration involved a dizzying plethora of designer gowns, gorgeous lighting displays, the traditional carriage ride and even a magical carousel.

For the historic weekend, the bride had not one but two wedding dresses – The first of which was designed by British label Peter Pilotto, featuring an intricately weaved train and a dipped back, purposefully designed to show off her scar from her scoliosis surgery. She walked down the aisle sans a veil.

She then tasked designer Zac Posen for her second gown, in which she chose a soft shade of blush instead of bridal white and that accentuated her curves wonderfully. It featured an ethereal chiffon skirt, long sleeves, a hand-pleated bodice and a very unique neckline.

Let’s take a look at the dreamiest shots from the royal wedding, and also some behind-the-scenes snapshots from some of your favourite celebs who were lucky enough to be a part of it all.

Princess Eugenie and Mr Brooksbank are pictured at Royal Lodge, Windsor ahead of the private evening dinner, following their Wedding.❤❤ Princess Eugenie's evening dress was designed by Zac Posen. Mr Posen was inspired by the beauty of Windsor and the surrounding countryside. The choice of colour reflects the blush of an English rose. Mr Posen took his inspiration from the White Rose of York. The pin-tucked plissé is cut on the bias and mixed with signature drapes. The White Rose of York is subtlety embroidered on both the shoulder and back which hold together the cape. The silk for the gown comes from Biddle Sawyer Silk. Princess Eugenie is wearing diamond and emerald drop earrings which were a Wedding gift from the Groom. Princess Eugenie also wore a hair slide belonging to Her Majesty The Queen. Queen Victoria’s Wheat-Ear Brooches were originally commissioned by William IV in 1830 for Queen Adelaide. They were passed down to Queen Victoria in 1837, and eventually to The Queen in 1952. Her Majesty has worn them as both hair slides and brooches.

Official wedding photograph. The bride and the groom are pictured at Windsor Castle with their page boys and flower girls❤

Showing up the lads 😜 @harpersbazaarus

Taking a picture in the powder room is a must at any royal wedding! (📷: @misslivalittle)