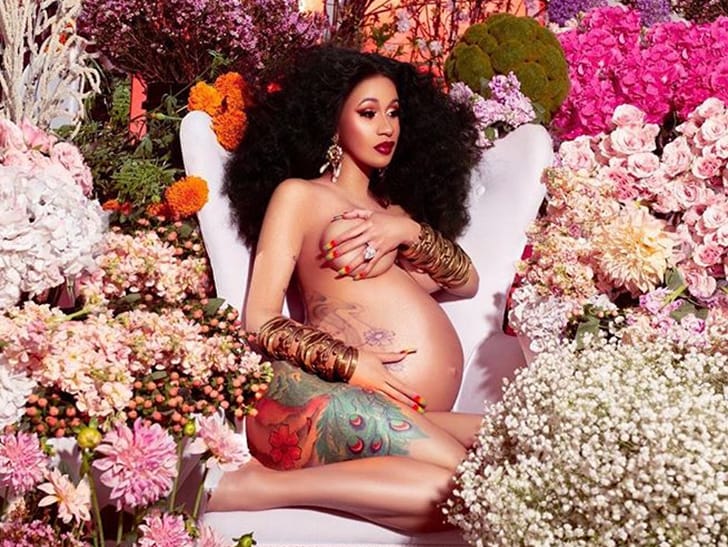 Ever since Gwyneth Paltrow and Chris Martin announced that they named their firstborn Apple, unusual celebrity baby names have been on the rise — with the most recent to jump in on the trend, rappers Cardi B and Offset who named their baby girl Kulture.

Let’s take a look at the most surprising celebrity baby names. And who knows, you might even find some inspiration for your own brood! Let that sink in a bit. The A Knight’s Tale and 40 Days and 40 Nights star, Shannyn Sossamon, named her now seven-year-old boy Audio Science, saying, “We wanted a word not a name, so my boyfriend (author Dallas Clayton) read through the dictionary three or four times. We were going to call him Science, but thought it might get shortened to Sci, as in Simon.”

The baby may have only the world less than 48 hours ago, but already, Cardi B and Offset’s offspring has taken the cake with the name Kulture Kiari Cephus. There’s a lot to unpack here: It was bold when Migos named their albums Culture and Culture II, making naming a baby so even bolder—especially when spelling it with a Kardashians-adjacent “K.” What’s more, Cardi unveiled the baby’s name via a pregnancy portrait that strikingly resembled Beyoncé’s. Is there anyone she’s not afraid to mess with?

Named after the Malibu beach, at least one of Stefani and Rossdale’s children won’t have to worry about getting confused with other kids on the first day of school. Oh Vanilla Ice, you never cease to amaze. No word on where the names originated, but we can only imagine they came from some bizarre concoction of alcohol, parachute pants and sheer obnoxiousness. It’s a bird. It’s a plane. It’s…Nicolas Cage’s half Korean son. Named after Superman’s Krypton name, Cage’s kid has no choice but to either become so strong he fits into his name or go entirely in the opposite direction.

Busy Philipps has so far had two daughters with her husband, the screenwriter Marc Silverstein, both of whom they named rather eccentrically: Birdie Leigh, who was born in 2008, and Cricket Pearl, born in 2013. According to legend/the internet, Lee and actress Beth Weisgraf came up with the name after hearing the song “He’s Simple, He’s Dumb, He’s the Pilot” by indie rock band Grandaddy. That track “absolutely blew my mind when I first heard it,” Lee said. Let’s hope the kid feels the same way too. Will Ferrell confessed on The Late Show with David Letterman, “Axel is an unusual name here, but not in Sweden. And our two other boys are Swedish names also. We did play around with the thought of naming him, like Gary…but then it would be weird, Magnus, Mattias and Gary.” Other than anointing himself Yeezus, is there any better way for Kanye West to drive home the fact that he thinks he’s god—as well as set some sky-high expectations—than to christen his and Kim Kardashian’s only son Saint?

Comparatively, it’s not too odd these days, but the baby name that arguably sparked some of the most creative ones to follow in the 21st century is undeniably Apple, which Gwyneth Paltrow and Chris Martin named their newborn in 2004. (Paltrow later elaborated to Oprah that she chose it because apples are “so sweet,” “wholesome,” “biblical,” and “clean!”)