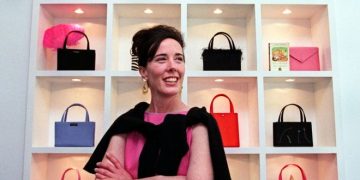 Kate Spade’s Family Reveals The Real Reason Behind Her Suicide: “This Was Not Unexpected”

Kate Spade’s Family Reveals The Real Reason Behind Her Suicide: “This Was Not Unexpected” 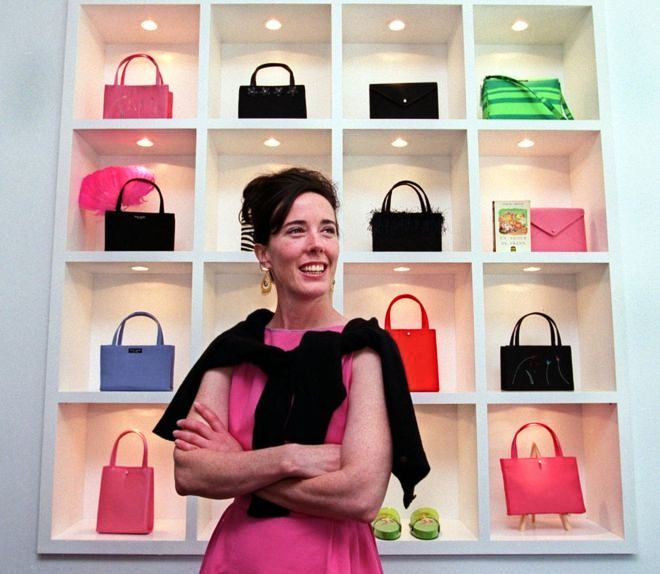 55-year-old fashion designer Kate Spade, who built an empire on her famous handbags before branching out into other accessories, was found dead inside her bedroom in her family’s Upper East Side apartment, New York.

Born Katherine Noel Brosnahan in Kansas City, she left a heartbreaking suicide note addressed to her 13-year-old daughter, telling her: “I have always loved you. This is not your fault. Ask daddy.” Kate’s older sister Reta Saffo wrote to news outlet Kansas City Star, “I will say this was not unexpected by me. I’d flown out to Napa and NYC several times in the past 3-4 years to help her to get the treatment she needed.”

Reta said she had gotten very close to getting Kate to go to a rehab facility for treatment, but the designer chickened out. “We’d get sooo close to packing her bags, but — in the end, the ‘image’ of her brand (happy-go-lucky Kate Spade) was more important for her to keep up,” Reta Saffo said. “She was definitely worried about what people would say if they found out.”

“After numerous attempts, I finally let go,” Reta Saffo wrote. “Sometimes you simply cannot SAVE people from themselves!”

Her sister then revealed that Kate Spade had made a dark and simple request: to come to her funeral — after being obsessed with Robin Williams’ suicide back in 2014, watching it over and over again.

“One of the last things she said to me was, ‘Reta, I know you hate funerals and don’t attend them, but for me would you PLEASE come to MINE, at least. Please!’ I know she perhaps had a plan, but she insisted she did not.”

Kate Spade’s hubby and business partner, Andy Spade, also played a key role in lobbying the fashion icon to get help – but no avail. Meanwhile, Kate Spade’s brother-in-law, actor/SNL star David Spade, took to Twitter and Instagram to share a special memory of them and remind people that life can be a struggle.

“Katy at my book signing. I love this pic of her. So pretty. I don’t think everyone knew how f—king funny she was. Its (sic) a rough would out there people. Try to hang on,” he wrote on Twitter. He shared another image on Instagram of them at Christmas time, saying “We had so much fun that day. She was so sharp and quick on her feet. She could make me laugh so hard. I still can’t believe it.”

Fuzzy picture but i love it. Kate and I during Christmas family photos. We had so much fun that day. She was so sharp and quick on her feet. She could make me laugh so hard. I still cant believe it. Its a rough world out there people, try to hang on.

David Spade was spotted being consoled by a friend in Los Angeles following the tragic news. After news of Kate’s death broke, Kate Spade New York—the eponymous company she founded by ultimate stepped down from over a decade ago—released a statement on her passing.

“We at Kate Spade New York just learned of the incredibly sad news that Kate Spade has passed,” the statement reads. “Although Kate has not been affiliated with the brand for more than a decade, she and her husband and creative partner, Andy, were the founders of our beloved brand. Kate will be dearly missed. Our thoughts are with Andy and the entire Spade family at this time.”

In 1999, the duo sold 56% of the company to Neiman Marcus for $34million, and in 2007, they cashed out by selling the remaining 44% for $59million to raise their daughter. A month later, Neiman Marcus sold the entire company to Liz Claiborne Inc for $124million. Finally, after rebranding as Kate Spade & Co, Claiborne sold to Tapestry (which owns Coach and Stuart Weitzman) for $2.4billion

Around the same time, Kate and Andy announced they had developed another shoe and handbag line, Frances Valentine, named after their daughter and some of Kate’s family members.

“Frances is a longtime family name on my dad’s side,” Kate said in a November 2015 WWD interview. “My grandfather, father, brother and my daughter’s name is Frances. And then Valentine was my mom’s dad’s middle name because he was born on Valentine’s Day.”

In fact, Kate legally changed her name to Kate Valentine Spade in late 2015.

In an interview last year, Kate said that she would never trade the time spent with her daughter during that time for a million years.

Despite receiving rave reviews from loyal fashion magazines which celebrated her while she was at the helm of Kate Spade the company, Frances Valentine failed to make the same impact in stores. The fashion icon, unfortunately, spent her final years setting up a second brand which never matched up to her first baby.