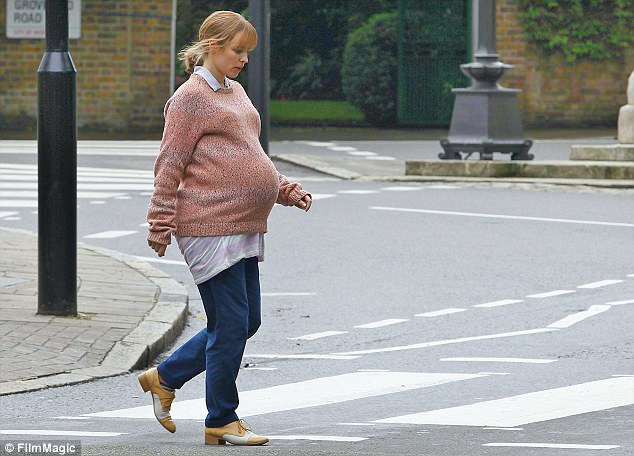 Congratulations are in order, as Mean Girls and Notebook star Rachel McAdams recently welcomed a baby boy into the world!

The 39-years-old actress and her longtime boyfriend Jamie Linden, 37, reportedly welcomed a baby boy into the world recently, as  they were spotted carrying the infant to lunch not too long ago.

This is obviously a surprise, but it’s not shocking to see that Rachel kept the birth of her baby under wraps. As a matter of fact, her pregnancy wasn’t even revealed to the world until she was about 7 months along.

In the pics posted by Hollywood Pipeline, Rachel can be seen wearing a baseball cap and flannel shirt, while Jamie is wearing a checkered shirt and cradling a baby in his arms. Obviously, that could be any baby, but considering it was recently reported that Rachel was about 7 months along in her pregnancy in February, it seems very likely that this infant is their first born.

There is a rumor (gossip) that Rachel had a baby boy early April 2018. Rachel hasn’t confirmed the news herself, but I’m positive this is a FACT! — Rachel as a mom 😂💙 #rachelmcadams #reginageorge #amypoehler #junegeorge #meangirls

Rachel and Jamie, who you may recognise from Dear John, started dating in April 2016, but have kept their relationship — like her pregnancy — on the down-low ever since.

Aww! The question now is, will Rachel be a cool mom or just.. you know.. a regular mom?