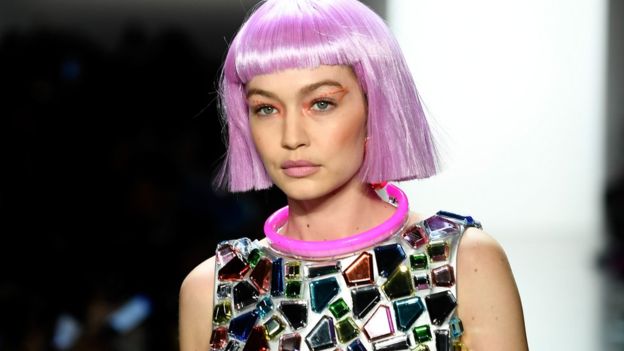 Dear people all over the world: Same like having big-framed or chubby body types, do you think most skinny people prefers to be this skinny? If your answer is yes, then, read on because Gigi Hadid is about to school you with some truth.

In a series of tweets, supermodel Gigi Hadid responded to claims she’s got thinner — saying it’s due to treatment for Hashimoto’s thyroiditis. The disease, which she’s spoken about before, can lead to weigh gain/loss, tiredness and dry skin. The 22-year-old began by suggesting people who once called her too fat were now shaming her for losing weight.

“I will not further explain the way my body looks, just as anyone, with a body type that doesn’t suit ur ‘beauty’ expectation, shouldn’t have to. Not to judge others, but drugs are not my thing, stop putting me in that box just because u don’t understand the way my body has matured,” Gigi posted to her fans at the end of her explanation.

For those of you so determined to come up w why my body has changed over the years, you may not know that when I started @ 17 I was not yet diagnosed w/Hashimoto’s disease; those of u who called me “too big for the industry” were seeing inflammation & water retention due to that.

Over the last few years I’ve been properly medicated to help symptoms including those, as well as extreme fatigue, metabolism issues, body’s ability to retain heat, etc … I was also part of a holistic medical trial that helped my thyroid levels balance out.

Although stress & excessive travel can also affect the body, I have always eaten the same, my body just handles it differently now that my health is better. I may be “too skinny” for u, honestly this skinny isn’t what I want to be, but I feel healthier internally and (cont)

(cont) am still learning and growing with my body everyday, as everyone is.

The 22-year-old admitted that “this skinny isn’t what I want to be” but said she feels much healthier, before asking others not to judge her.

I will not further explain the way my body looks, just as anyone, with a body type that doesnt suit ur “beauty” expectation, shouldnt have to. Not to judge others, but drugs are not my thing, stop putting me in that box just because u dont understand the way my body has matured.

The supermodel has spoken about body shaming a number of times. In 2015, she famously put a long statement on Instagram in response to being trolled for the way she looked.