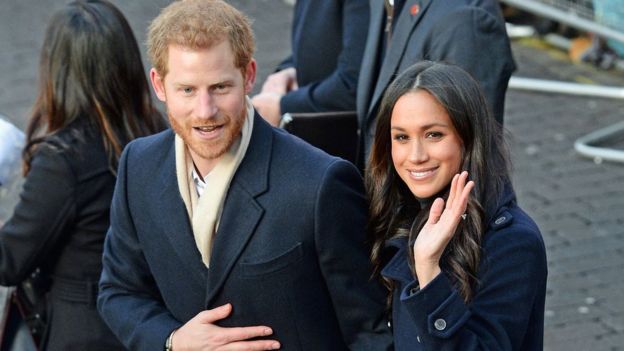 Britain’s Prince Harry and American actress Meghan Markle who were recently engaged now have an official wedding date as announced by the Kensington Palace – May 19 2018.

The couple, who were introduced to each other by a mutual friend, will get married at the St. George’s Chapel at Windsor Castle.

His Royal Highness Prince Henry of Wales and Ms. Meghan Markle will marry on 19th May 2018.

Today’s announcement follows earlier confirmation of the month of the wedding and its location at St George’s Chapel, Windsor Castle. pic.twitter.com/7pgdRM90Na

After announcing their engagement in November and releasing a sweet interview video detailing the intimate proposal, the couple attended their first royal event together in Nottingham early December.

The royal family will be bearing the cost for the wedding and all that it entails including music and flowers. The future princess, Markle, will also be baptised into the Church of England and confirmed before their nuptials.

They will also be spending their first Christmas together as an engaged couple with Queen Elizabeth and the rest of the British royal family at their Sandringham royal estate.

Surprisingly, the royal family has decided for the wedding to take place just a month after The Duke and Duchess of Cambridge Prince William and Kate Middleton are expected to welcome their third child.

Kensington Palace has spoken, and now all we have to do is wait! 😀