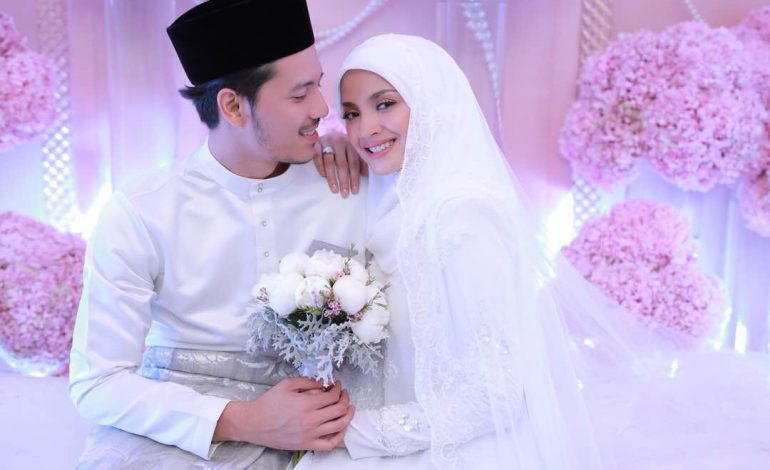 This is it, guys. Fazura and Fattah Amin are legally off the market!

After having to deal with so many speculations over their controversial relationship, the gorgeous actress and local heartthrob have finally married in a private ceremony held in a prestigious hotel in Kuala Lumpur, at 9.50pm on 27th Nov 2017.

We got word from our friends at Universal Music — Fazura’s recording label — who confirmed the pair’s nuptials. (So, it’s safe to say that this is not fake news. LOL)

Why 27? Apparently, the reason they got married on 27th Nov is due to the fact that Fattah is now 27-years-old while Fazura’s birthday falls on 27th Sept. Must be their lucky number!

On the other hand, Fattah also revealed that the reception ceremony will be held early next year.

Just last week, Fazura and Fattah held a press conference to announce that they had been engaged since Nov 13.

“On Nov 13, I sent a merisik (seeking) party to Fazura’s family home. It went well and we were engaged on the same day,” said Fattah. He explained that the engagement ceremony was held privately to respect the wishes and privacy of his family.

The 27-year-old actor and the 34-year-old actress first met when they starred in Malay drama series titled Hero Seorang Cinderella earlier this year. Fans loved their on-screen chemistry so much that they started the hashtag #FattZura on social media.

Looks like their mutual attraction goes beyond the green screen when the perfect-looking pair actually fell in love with each other, following his “separation” with fellow actress Neelofa.

Well, congratulations to the happy couple! Can’t wait to see their babies 😍