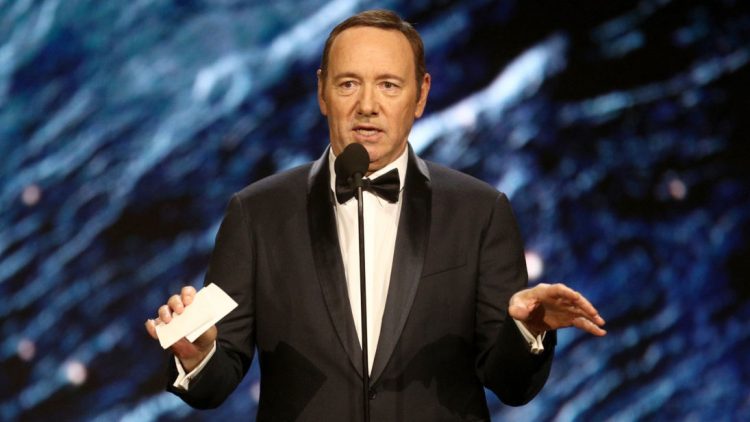 Star Trek: Discovery actor Anthony Rapp claimed he was left traumatised after Kevin Spacey lay on top of him during an evening at actor’s apartment 31 years ago.

In an interview, Anthony Rapp recalled how the House of Cards actor who was 26-years-old at the time, invited the young boy to his Manhattan apartment for a party in 1986 and found him alone, watching TV in a bedroom before proceeding to make sexual advances to the then 14-year-old star.

Anthony believed that Kevin Spacey was trying to “seduce” him but that he was able to “squirm” away soon afterwards, closing himself in the bathroom before telling the older actor he was leaving.

“He picked me up like a groom picks up the bride over the threshold. But I don’t, like, squirm away initially, because I’m like, ‘What’s going on?’ And then he lays down on top of me,” Anthony revealed.

“I froze. As I opened the door to leave, he was leaning on the front door. And he was like, ‘Are you sure you wanna go?’ I said, ‘Yes, good night,’ and then I did leave.”

In response, Kevin posted a statement on Twitter which said: “I honestly do not remember the encounter, it would have been over 30 years ago. But if I did behave then as he describes, I owe him the sincerest apology for what would have been deeply inappropriate drunken behaviour, and I am sorry for the feelings he describes having carried with him all these years.”

On a personal note, the movie mogul continued:

This story has encouraged me to address other things about my life. I know that there are stories out there about me and that some have been fuelled by the fact that I have been protective of my privacy.

As those closest to me know, in my life I have had relationships with both men and women. I have loved and had romantic encounters with men throughout my life and I choose now to live as a gay man. I want to deal with this honestly and openly and that starts with examining my own behaviour.

20 years ago today, Rent opened on Broadway, and all of our lives were forever changed. Thanks Jonathan & everyone. pic.twitter.com/DDl0kSMfSE

Anthony Rapp was a cast member alongside Kevin Spacey in a Broadway production titled Rent at the time.

The Star Trek: Discovery star revealed that he still can’t wrap his head around so many aspects of it, adding, “It’s just deeply confusing to me. I wanted to scream to the rooftops, ‘This guy is a fraud!’”

Hmm, is Kevin Spacey trying to change the focus of the sexual assault on a 14-year-old to his own sexuality? Nope, we’re not buying that statement.

With that, Twitter took no time to give their two cents on the issue:

Why did you even have a 14 year old at your apartment for a party where alcohol was being consumed???